2023: Buhari under fire for appointing APC members as INEC RECs 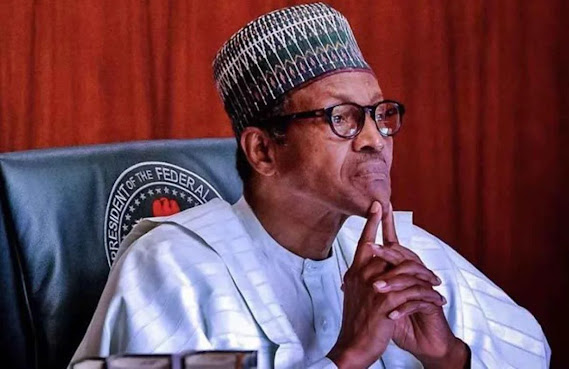 President Muhammadu Buhari has come under fierce criticism and accused of compromising the integrity of the Independent National Electoral Commission, INEC, for appointing card-carrying members of the All Progressives Congress, APC, as Resident Electoral Commissioners.

Human Rights Writers Association of Nigeria, HURIWA, through a statement by its National Coordinator, Comrade Emmanuel Onwubiko, described the recent nominations of someone it describes as a questionable character with known political affiliation and record of alleged corruption, as unconstitutional, insisting that such nominees should not be confirmed by the Senate.

Recall that the President had on July 26 forwarded the names of 19 INEC REC nominees to the red chamber for confirmation. Five of the nominees were reappointed for a second term of five years while 14 others had new appointments.

However, a coalition of Civil Society Organisations including the Director, International Press Centre, said the nominee from Sokoto was an APC governorship aspirant in 2015 whilst the nominee for Enugu is alleged to be the younger sister of the APC Deputy National Chairman, South-East.

Likewise, the CSOs said the nominee for Imo, a former Head of ICT at INEC in Imo, is infamous for alleged corruption and connivance with politicians to undermine elections whilst the nominee for Ebonyi, a former Accountant-General in Ebonyi State, was suspended on allegations of incompetence and corruption in 2016.

Commenting, HURIWA said, “We align with the positions of our brother CSOs that these persons are unworthy to hold a sensitive position such as Resident Electoral Commissioners of the Independent National Electoral Commission unless the Federal Government is trying to reward politically prejudiced and allegedly corrupt individuals with sensitive and prestigious appointments.

“The APC government should be reminded of Section 14(2a) of the Third Schedule of the 1999 Constitution as amended which states that ‘a member of the commission shall be non-partisan and a person of unquestionable integrity.’

“Also, Section 14(3b) of the same Schedule states that ‘there shall be for each state of the federation and the Federal Capital Territory of Abuja, a Resident Electoral Commissioner who shall be a person of unquestionable integrity and shall not be a member of any political party.’

“Similarly, Section 156(1(a) of the same Schedule prohibits the appointment of such individuals with questionable character.

“This is not the first time the President will politicise the appointment of INEC officials. In 2020, the President nominated his aide on social media, Lauretta Onochie, as an INEC commissioner to represent Delta State. He later replaced her after an outrage condemning his decision.

“Also, in October 2019, a self-confessed APC member in Osun State, Olalekan Raheem, was nominated as a resident electoral commissioner by the President though the Senate later rejected the nominee.

“The President must not compromise INEC’s integrity as Nigeria goes into an election year in 2023. INEC as an electoral umpire must be an apolitical institution with objective individuals with no record of political allegiance.

“Nigerians are watching to see how the APC government intends to smuggle its members into INEC top organs to allegedly circumvent the process in favour of the ruling party which intends to perpetuate itself into power after failing Nigerians in all ramifications.”