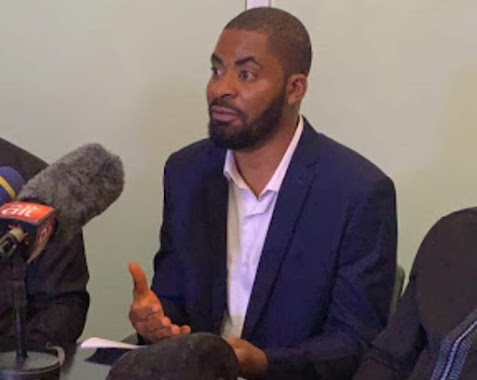 Adeyanju claimed that Obasanjo was trying to get some members of the Peoples Democratic Party, PDP, to work with Obi.

He made the claim while reacting to the meeting between Obasanjo, Obi, Governor Nyesom Wike of Rivers State and Governor Samuel Ortom of Benue State.

The Nigerian leaders were on Thursday seen in photographs as they met for yet-to-be identified reasons in the United Kingdom.

There are speculations that the reason for the foreign meeting could not be unconnected with the 2023 presidential election.

Recall that Wike has been aggrieved with the PDP and its presidential candidate, Atiku Abubakar, after the party’s presidential primaries.

Wike is aggrieved that Atiku ignored him and picked the Delta State Governor, Ifeanyi Okowa as his running mate.

Reacting to the meeting, Adeyanju said Obasanjo wants a power shift to the Southern part of the country.

In a tweet, the activist said the former president wouldn’t stand for the All Progressives Congress, APC, presidential candidate, Bola Tinubu.

“Like I said a few days ago, Obj is supporting Obi and trying to get some PDP people to work for him but many of them are scamming Baba.

“OBJ’s position is that power must go back to the South and nothing else but he can’t stand Tinubu.”