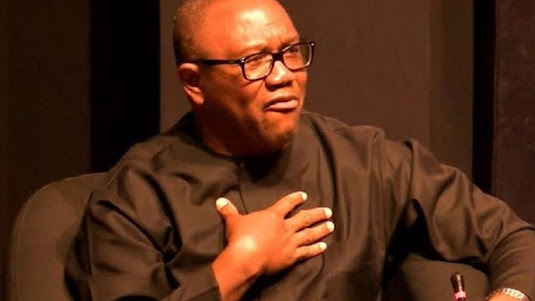 The Labour Party, LP says it has concluded plans to embark on a five-million-man march for its presidential candidate in the Federal Capital Territory, Abuja, on September 24.

The LP Chairman, FCT chapter, Diugwu Chukwuemeka Peter, who disclosed this to newsmen in Abuja on Wednesday, said Obi’s supporters would shut down the capital territory.

According to him, the Abuja chapter of the party on Wednesday decided to fix the march on September 24 to enable the 36 States complete theirs.

He said, “We have fixed September 24 for the march in FCT. Our own in Abuja is going to be grandfinale. We will do it when other States have concluded their own. This is because FCT is the mother of all States”.

Saga Gist reports that despite the insinuation by some political top dogs that the Obidient movement is only visible on social media, the Peter Obi supporters had successfully held a million-man march in several States.

Videos of the exercise held in Nasarawa and Calabar and others, where a large crowd thronged streets drumming support for the Labour Party candidate, had trended online.

The party and Obi’s supporters are currently targeting a two-million-man march for the former Anambra State Governor in Kaduna, the home State of his running mate, Yusuf Ahmed-Baba.

The Kaduna State Governor, Nasir El-Rufai had in a tweet, made mockery of the planned march, saying he wished they have up to 200 persons on the street of Kaduna.

He wrote, “Kaduna? Not Kaduna Twitter? – I hope you get Two Hundred persons on the streets“.

His tweet had generated backlash from social media users who lambasted the governor for being concerned about the planned event while terrorists are causing mayhem in his State.

Reacting to the insinuation that Obi’s supporters are only on Twitter, Chukwuemeka said that those doubting the movement would soon be shocked.

“Everyone is going to see that we are not joking. We will shut Abuja down. This is no longer a social media thing”, he added.