2023: Wike flogged Atiku, Shekarau by saying they are coming back to loot – FFK 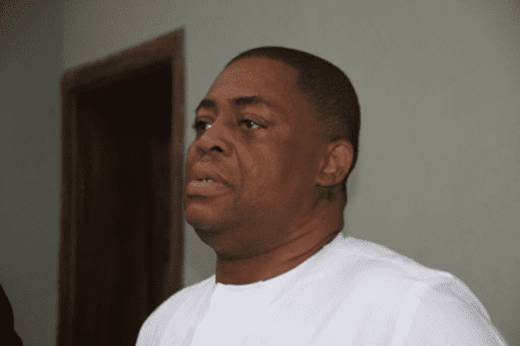 Former Aviation Minister, Femi Fani-Kayode has claimed that the Monday outburst by the Rivers State Governor, Nyesom Wike was against the former Governor of Kano State, Ibrahim Shekarau, and other leaders of the Peoples Democratic Party, PDP.

Saga Gist recalls that Wike, who is currently in a war of words with the camp of the PDP presidential candidate, Atiku Abubakar, had on Monday said he would expose politicians putting themselves together to loot Nigeria’s money.

Reacting, FFK in a series of tweets on Tuesday claimed Wike was referring to Shekarau who was on Monday received into the main opposition party by Atiku in Kano.

According to FFK, Wike’s face-off with Atiku would resort to the victory of the All Progressives Congress, APC, presidential candidate, Bola Tinubu in the February 2023 election.

He wrote, “As PDP is celebrating the defection of Abubakar Shekau (Oops! Sorry, I meant Ibrahim Shekarau) into their party in Kano yesterday, Nyesome Wike flogged them mercilessly and gave them a death blow in PH by saying they wanted to come back “to loot” and “eat the remaining one.”

“The mighty triumvirate of Wike, Ugwuanyi & Makinde, (representing SS, SE & SW) are the backbone of PDP. Without them PDP is NOTHING!