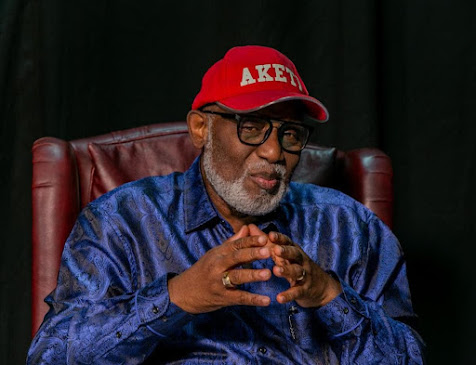 According to Akeredolu, awarding such a magnitude of contract to a private firm and allowing the beneficiary firms and individuals to bear assault weapons to the detriment of states that had been requesting such for the protection of the people was shocking.

The Chief Executive Officer of the Nigerian National Petroleum Company Limited (NNPCL), Mele Kyari, had explained that it was not the first time that individuals within the Niger Delta region were awarded a contract for pipeline surveillance, noting that the contract was for the interest of the people.

Akeredolu, in a statement he personally signed and made available to newsmen through his Chief Press Secretary, Richard Olatunde, stated that the action implied that the Federal Government had permitted non-state actors to bear heavy assault weapons while denying the same privilege to the states.

In the statement entitled “Who Actually Needs Weapon”, the governor added that the engagement of private organisations to handle serious security challenges reinforces the belief that the whole defence architecture in the country needs an urgent overhaul.

He said, “The Federal Government, through the Office of the National Security Adviser, has been consistent in its refusal to accede to the request by some States in the Federation to strengthen the complementary initiatives adopted to protect lives and property.

“This is done in spite of the knowledge that the very issues which necessitated the creation of these outfits support providing adequate weaponry. All attempts to persuade the Federal Government to look critically into the current security architecture have been rebuffed despite the manifest fundamental defects engendered by over-centralisation.

“The award of contract to private organisations to protect vandalisation of pipelines raises fundamental questions on the sincerity of the advisers of the Government on security issues.

“The engagement of private organisations to handle serious security challenges reinforces the belief that the whole defence architecture in the country needs an urgent overhaul. The Federal Government cannot be seen to be playing the ostrich in this regard.”