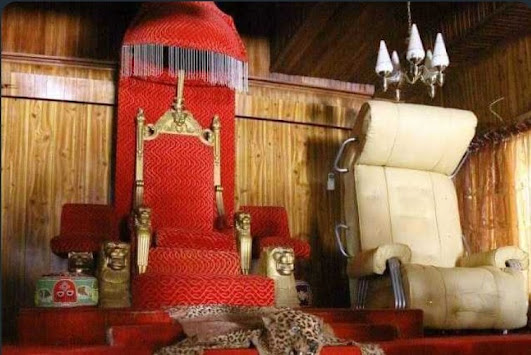 Saga Gsistrecalls that the Alaafins stool became vacant as a result of the demise of the 45 Alaafin of Oyo, Oba Lamidi Adeyemi.

The monarch who reigned for 52 years joined his ancestors at the age of 83.

It was learnt that 119 princes have indicated interest to succeed the departed monarch.

Our correspondent, however, gathered on Friday that only 58 princes have been cleared by the kingmakers and 61 of the contestants were disqualified.

The screening was done in the presence of officials of the Oyo state government at Baba Iyaji palace, a source said on Friday.

Our correspondent gathered that the 58 princes will be screened by Oyomesi through oracle.

It was gathered that the last screening by 6 members of Oyomesi will produce one person which will be sent to the Oyo State government for confirmation.