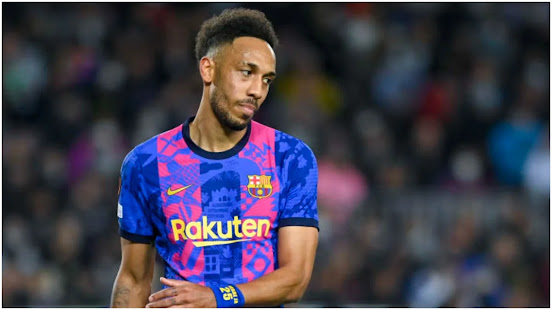 Barcelona striker, Pierre-Emerick Aubameyang, was beaten during a violent robbery at his home in Barcelona on Monday morning.

According to the Spanish newspaper El Pais, about four men climbed into Aubameyagn’s garden and threatened him with firearms and iron bars.

Aubameyang was beaten and intimidated by the men in front of his wife, Alysha Behague, with the thieves managing to open a safe inside the player’s house and steal several jewels.

Several witnesses claim that the criminals fled in a white Audi A3.

Aubameyang has been living in Barcelona since February after joining the Catalan club on a free transfer from Arsenal.

The Gabonese attacker has been in talks with Chelsea to join Thomas Tuchel’s side this summer.

Meanwhile, Barcelona are yet to react to the incident at the time of filing this report.