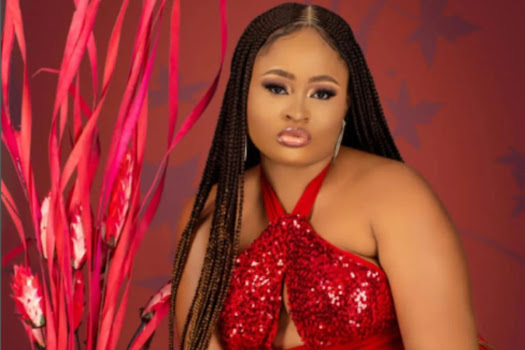 The eviction of Big Brother Naija, BBNaija season 7 housemate, Amaka has been condemned by fans on social media.

Amaka was evicted on Monday night after receiving the highest nomination from housemates during the surprise eviction.

Amaka and Doyin each got six nominations, but only Doyin survived the eviction because Deji, Rachel and Chizzy’s nominations were not counted.

However, fans of Amaka took to Twitter to describe her eviction as unfair, adding that the ‘Level Up’ housemate deserves to have the opportunity for her fans to vote and decide her stay in the house.

@Hadiza “This immediate eviction process today is totally unfair and not cool.”

@Bamidele “This immediate eviction is really unfair and unjust to Amaka, her fans didn’t have a chance to vote.”

@StanIslux “Biggie should have given her a chance to fight for her position in the house, Amaka should have been given the opportunity for her fan base to vote for her not by the hatred from the house, even Doyin was also called several times.”

@ChristopherMakinde “Amaka’s immediate eviction from Big Brother’s house is the worst and most inhumane! Totally Unfair.”

@Vince “This immediate eviction is rubbish!!! Amaka does not deserve to go without her fans fighting for her!

@PeterPipers “This immediate eviction is really unfair and unjust to Amaka, I really feel pity for her, I pray she wins in life.”

@Omasilam “I am not a big fan of Amaka but this immediate eviction was really unfair..It just doesn’t feel fair to the viewers and her fans,I really hope she was taken to a secret room and it’s all just a fake eviction,Amaka can’t leave like that Big

@Iam_deji “I don’t like Amaka, but that immediate eviction is unfair and unjust, it is rubbish. She deserves better than that, put her back in the house, it is not fair.”

@Kachvee “Imagine how Amaka will feel knowing she has an army behind her only to be evicted by people who don’t come close to her fan base!Cruelty on so many levels.”

@ChidinmaOrji7 “Why was Amaka evicted like this? They didn’t even give her fans a chance to vote for her.”