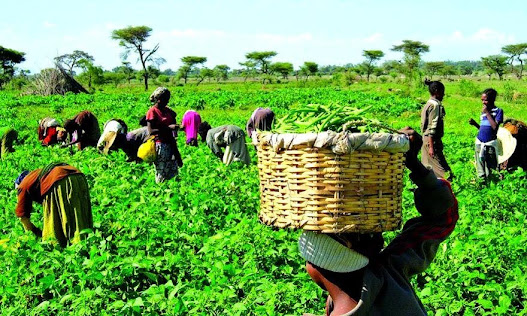 Chairman, Birnin-Gwari Emirate Progressives Union (BEPU), Ishaq Usman Kasai, on Sunday, raised the alarm over huge amount demanded by terrorists in their communities before they could allow them to go to farms and successfully harvest their farm produce.

The huge amount, he said, would serve as ransom payment in advance for them to have free access to their farms.

In a statement he issued to journalists in Kaduna on Sunday, he stated that they have no option than to negotiate with the terrorists as farming activities have been crippled due to the incessant kidnapping, payment of ransom and in some cases, killing of their members

According to him, in many communities, farmers pay millions of naira before they were allowed to access their farmlands, adding that some of the agreements reached at the negotiations on the side of the farmers include allowing the farmers to access their farmlands without kidnapping or any form of intimidation by the bandits while the bandits should be allowed to be coming to towns and villages where the peace deals were entered for healthcare, buying and selling as well as any other normal businesses.

He explained further that the negotiations allowed the farmers that were sacked by the bandits in communities in; Katakaki, Ganda, Mashigi, Ginsa, Biskin, Layin Mai-Gwari, Kwasa-Kwasa and many others to access their farmlands.

He further said that many bandits have farms in those communities, adding that the notorious warlord, Dogo Kachalla Gide, has farms in Mashigi area, adding that although the bandits had suspended kidnappings and attacks in some communities, they have continued to snatch motorcycles and other valuables from farmers.