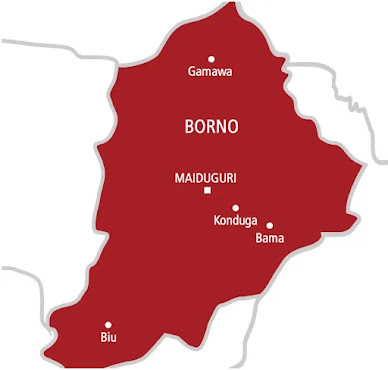 The Borno State Government has confirmed its readiness to commence immediate reconstruction of both public and residential structures in a former Boko Haram stronghold recently recaptured by the Nigerian military.

Gudumbali is a remote town on the fringe of Lake Chad and was one of the deadly strongholds of Boko Haram insurgents, where hundreds of soldiers were killed, and both public and private structures, as well as armaments of the troops, were completely destroyed.

The State Commissioner, Ministry of Reconstruction Rehabilitation and Resettlement (MRRR), and Chairman of the Committee, Engr. Mustapha Gubio reaffirmed this after an assessment visit to Gudumbali town, headquarters of Guzamala Local Government Area of Borno State at the weekend.

It was gathered that Governor Babagana Zulum had recently charged the troops to recapture the Gudumbali town to enable the ongoing rebuilding and resettlement process of his administration during an inaugural of the resettlement committee last month.

It would be recalled that in 2014, Gudumbali town witnessed its first attack by Boko Haram and the communities were displaced to Monguno and Maiduguri respectively. They were resettled in 2018 to Gudumbali but after three months they were chased out and lastly resettled in 2020 and were equally displaced up to date.

Engr Mustapha Gubio maintained that the committee’s first priority is to have a military formation in Gudumbali town so that the reconstruction and resettlement process would be achieved in a short possible time.

“We conduct an assessment on the level of destruction in Gulumbali the headquarters of Guzalama local government area, as the Chairman of the committee have said we are going back and submit the report to the governor then the committee will now reconstruction activity. Thereafter resettlement activity will follow,” he said.

Speaking on the immediate priority, “we need security on ground and they should stay here in Gudumbali town then they will now scan the whole town, this will now pave way for us to come in to clear the town and start the reconstruction of public and residential structures,” Engr. Gubio assured.