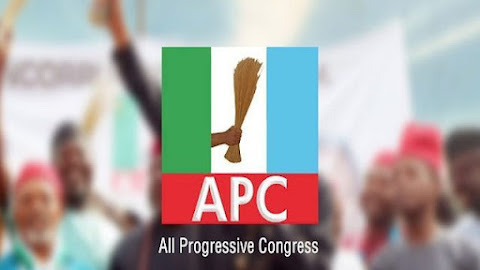 The Oyo State chapter of the All Progressives Congress (APC) has urged the Inspector General of Police, Usman Alkali Baba; and the Commissioner of Police in the state, Adebowale Williams; not to treat the case of threat to the life of Senator Teslim Kolawole Folarin with levity.

The party made this known while reacting to a video that went viral where the chairman of the disciplinary committee of the Park Management System (PMS) in the state, Mukaila Lamidi allegedly threatened to kill the senator.

Saga Gist recalls that Folarin, who currently represents the Oyo Central District, is the gubernatorial candidate of the APC in the 2023 elections.

Lamidi had, in the video which surfaced at the weekend, threatened Folarin’s life.

APC has however urged Baba and Williams to take the case seriously.

The party, in a statement made available to DAILY POST, called on the duo to do the needful.

APC, in a statement signed by the State Secretary, Alhaji Tajudeen Olanite, alleged that the PDP-led government has been using state resources to empower thugs in the state.

Olanite in the statement added that all that Governor Seyi Makinde is doing is an attempt to silence the opposition in the state.

He added that since February 2020 when Makinde appointed Lamidi, the state has not known peace.

Olanite spoke further by saying that the people of the state will not forget the killing of a man, Ramoni at Iwo Road Shopping Complex for parking his car in front of his parent’s complex.

“We, therefore, call on the Commissioner of Police in Oyo State and the Inspector-General of Police (IGP) on the threat to the life of a three-term senator of the Federal Republic of Nigeria and a former Senate Leader in the National Assembly, to do the needful.

“It is an attempt to silence opposition and turn Oyo into a one-party state,” he said.

“The PDP-led administration is very intolerant of opposition in the state because they know that they have failed woefully and they don’t have any good thing to offer the good people of the state”.