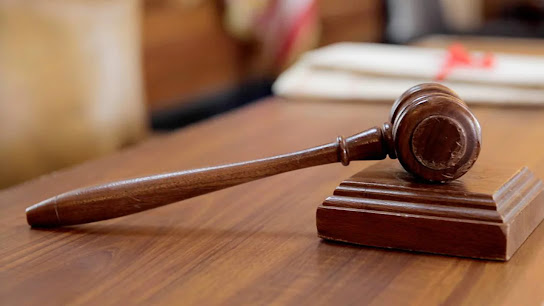 An Ekiti State High Court in Ado Ekiti has sentenced two persons, Mohammed Abubakar (19) and Usman Ibrahim (35) to 28 years imprisonment each for conspiracy and attempted robbery.

According to the charge, the defendants were arraigned before Justice Adeniyi Familoni on two count charges of conspiracy and attempted robbery on 3rd September, 2021.

In his statement to the police, one of the eye witnesses, Ibrahim Ramoni said, I was sleeping in my hut around 11:00a.m, I received a distress call from other neighbours that armed robbers are attacking motorists along Aramoko/Igede/ Ilawe Road, we mobilized ourselves to the scene, on sighting us, the defendants ran into the bush, we gave them hot chase and was arrested with a sharp cutlass and mask, they begged us to release them on the promise of given us N1.5M and two cows, we said no, one of them jumped out of the car but was rearrested, they were later handed them over to the Police at Aramoko Ekiti, he concluded.

To proof his case, the Prosecutor, Oluwaseun Olasanmi called three witnesses and tendered a cutlass and mask as exhibits while the convicts spoke in their own defence through their counsel, Ekiti State Coordinator of Legal Aid Council, Adeyinka Opaleke, who pleaded to court to temper justice with mercy.

In his judgment, Justice Adeniyi Familoni said, I find that the prosecution had proved the alleged offences of conspiracy and attempted robbery against the defendants beyond reasonable doubt to warrant their conviction and sentence.

The sole issue formulated is thus resolved in favour of the prosecution against the defendants.

The sentences are to run concurrently from the date of their arrest and detention, the judge ruled.