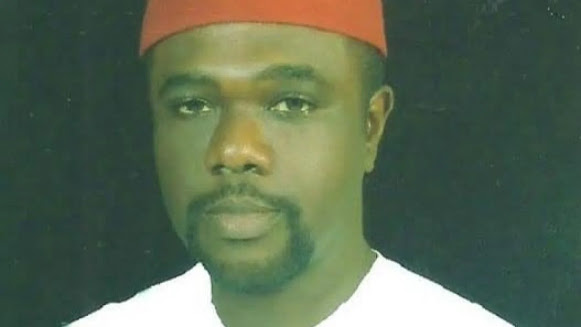 The embattled Enugu State Chairman of the All Progressives Congress (APC), Ugochukwu Agballah has said he would not succumb to unnecessary distractions from Abuja politicians who he described as crisis merchants.

Recall that the party chieftains led by former Senate President, Send Ken Nnamani met with the party’s chairman, Senator Abdulahi Adamu on Tuesday in Abuja where they demanded the dissolution of the state exco and the setting up of a caretaker committee to pilot the affairs of the party in the state.

But responding, Agballah said the so-called party chieftains are not even known at the Wards levels.

Agballah, therefore, challenged the party chieftains to present evidence of their attendance in any meeting of their wards and local government meetings since October 2021 when he emerged as the State Chairman.

According to him, “That was why these great leaders could only return 2% of total votes cast in the 2019 elections. And they are at it again, but they forget I have more experience than them all and will not succumb to their unnecessary distractions.

“My eyes are on the ball. Every election year, they create a crisis. They did it to Nwoye a few months before the 2015 elections and repeated it in the 2019 elections. These are comprador PDP in the night APC in the morning members.”

Agballah noted that prior to his assumption of office and the nomination of Chief Uche Nnaji as governorship candidate, nobody had ever visited or campaigned in any of the wards above.

He stressed that he and Nnaji have been on a tour of the 260 wards in Enugu State.

The embattled chairman pointed out that prior to Uche Nnaji’s nomination nobody has ever given a dime to any ward.

He added that none of these eminent personalities has ever contributed one dime to the party at the state, local ward, zonal or national level.

Agballah said: “None of them has been seen in their wards. Chief Nnaji has been sponsoring ward, LGA and State meetings since he indicated interest to run as governorship candidate.

“The truth is that we, the State Executive asked all leaders and stakeholders to relocate from Abuja and go and strengthen their wards and none agreed. They want me to be holding meetings with them in Abuja.

“Unfortunately, I have relocated to the wards and have visited almost 180 wards as of today. As of this minute, I am sending my report from Olo ward in Ezeagu LGA.”

Agballah said he does not want to return two percent of the total votes cast, hence his decision to relocate to the wards and polling booths.

He stressed: “Nevertheless if the National leadership wants me to abandon the wards and relocate to Abuja and run the party from the office of the all-powerful PA to the Minister of Foreign Affairs or from the office of Osita Okechukwu or Ken Nnamani at Aso Villa or from Markurdi in Benue State the matrimonial home of Ginika Tor I will gladly do so.

“To work with these men is to hand over our winning strategies to PDP as President Buhari found out belatedly in 2019 to his utter regret for it is only in Enugu that APC returned 2 percent. PDP knows we are sending them out of Lion building come 2023.

“Since my assumption of office and Nomination of the governorship and other solid candidates our membership has grown by over 700 percent and is growing daily.”

Agballah further claimed that, “their action is obviously a panic measure because APC for the first time is mounting a serious challenge to the PDP monopoly in Enugu State. The PDP is obviously behind this move.”