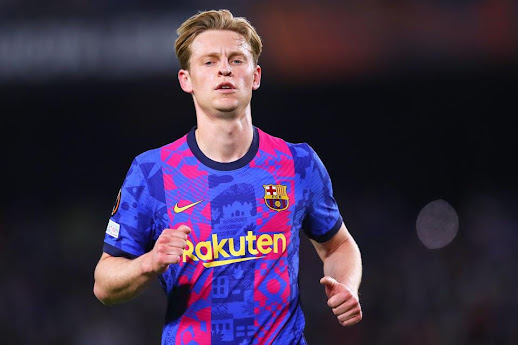 Barcelona remains keen to sell De Jong before the summer transfer window closes, in order to improve its finances.

The Catalan club desperately need to trim their wage bill after being told by La Liga that they are currently unable to register their new summer signings, including Robert Lewandowski, Raphinha, Andreas Christensen and Franck Kessie.

De Jong, meanwhile, has made it clear that he wants to remain at Barca for another season.

Manchester United have been pushing to sign De Jong all summer, but despite agreeing to an €85 million (£71.7m) deal with Barcelona, the 25-year-old does not appear keen on a switch to Old Trafford.

It’s understood that De Jong would prefer a move to Chelsea as they are able to offer Champions League football.

Chelsea have now submitted a bid of €70m (£59m) plus Alonso for the Netherlands international.

The report added that Chelsea are ‘convinced’ that Barcelona will accept their proposal, but they still need to reach an agreement with De Jong.