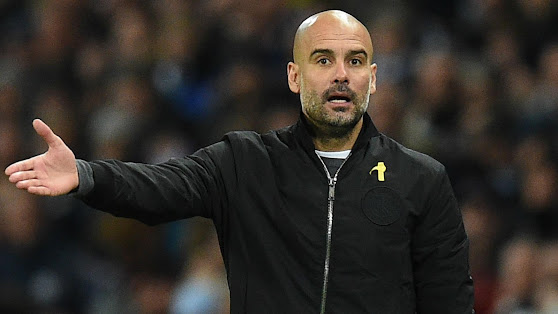 Manchester City manager, Pep Guardiola has highlighted Erling Haaland’s confidence and desire after he marked his Premier League debut with a brace against West Ham.

Haaland scored in each half, as the champions began the season with a 2-0 victory at the London Stadium.

It came a week after the 22-year-old was widely criticised for his performance in the Community Shield defeat to Liverpool.

However, Guardiola has now claimed Haaland was so determined to hit the ground running in the league, that he could have punched one of his team-mates if they attempted to take the ball from the Norway striker before he converted the penalty kick that he won after being taken down by home goalkeeper, Alphonse Areola in the 35th minute.

“I know how he handled a lot of criticism this week, he was really calm and trained really well. But the way he took the ball to take the penalty, I liked it.

“He’s direct and if someone is going to take his ball he will punch the faces of one of his mates. I’m pretty sure of that.

“It’s about confidence, ambition and mentality. That showed me. I liked it. And then of course he scored it,” Guardiola said