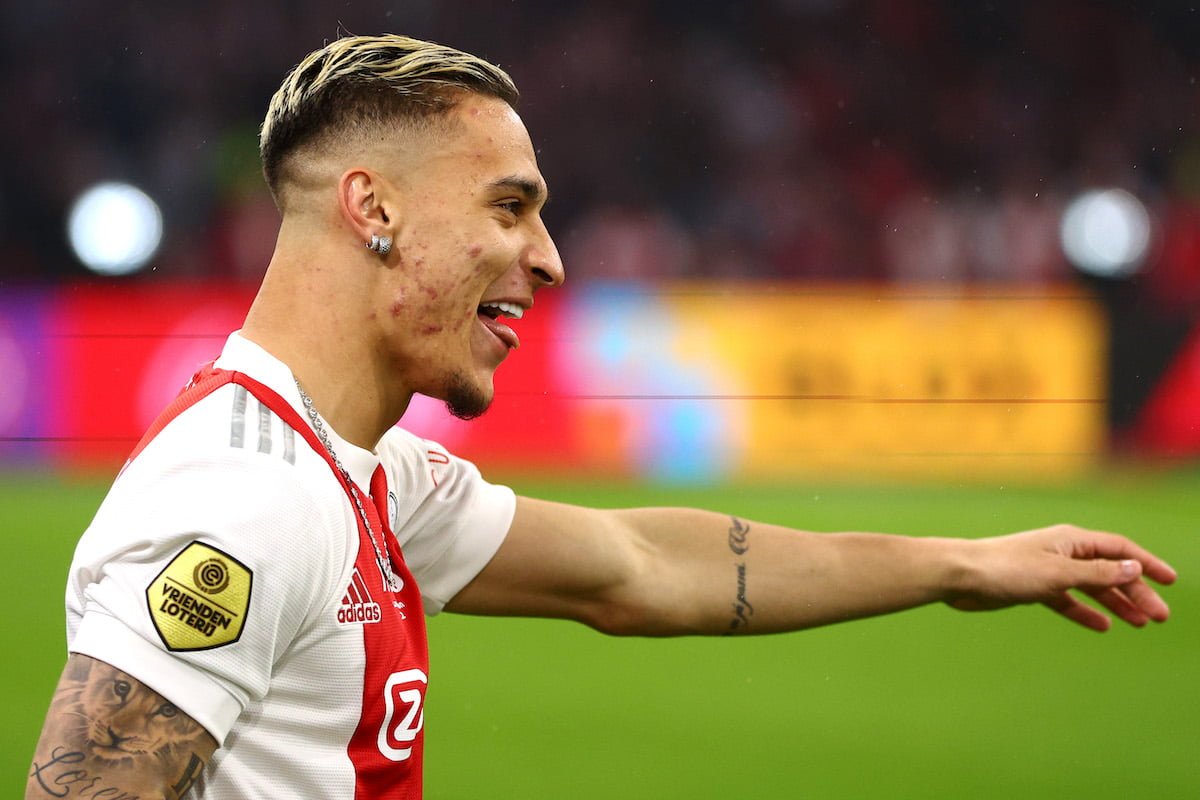 It’s no longer news that Manchester United have signed Ajax winger Antony for huge sum of €100 million. So, the question on everyone’s lips is that is he worth that huge sum of money?

Antony registered 8 goals and 4 assists last season for Ajax and many will argue that it is not befitting for the huge price tag Manchester United are acquiring his service for. And to be honest, that school of thought is right. If you look at how much Manchester City acquired Erling Haaland a prolific goal scorer compared to the €100 million Manchester United are paying for Antony, you will agree that Manchester United were bilked.

But sometimes stats can be decieving. Antony is a kind of player that might not rack up stats but he is very efficient on the pitch with his trickery. If you watch him play at Ajax, you will agree with me that he might score so many goals or provide so many assists but his contribution on the pitch most times leads to goals even if he is not the one assisting.

Antony has got the ability to unlock tight defense with truckload of skills. And I think Manchester United are lacking such a player at the moment. And the fact that Erik Ten Hag has worked closely with him at Ajax and persuaded the Manchester United’s board to go after him at all cost says a lot about the player.

He is going to need time to adapt to the rigours of the Premier League but be rest assured Manchester United fans that once he has fully adapted to the league, he will really be a menace to many defense in the league. Brazil’s coach Tite likened him to Neymar because of the way he plays. I am going to liken him to the Eden Hazard of Chelsea because of the ease with which he can glide past defenders.

In conclusion, I will say paying €100 million for Antony was outrageous but the player has got what it takes to justify the heavy price tag under a manager that knows him very well.

CHAN Eagles with mountain to climb in the CHAN qualifiers

The home based Super Eagles will have to produce an extraordinary performance in Abuja on Sunday if they desire to qualify for the CHAN tournament to be played in Algeria next year.

I watched the first leg of their qualifier against Ghana last weekend. I thought they didn’t deserve to lose 2-0 because they looked the better side but they failed to create enough goalscoring chances. I also thought the playing turf was terrible and didn’t allow for free-flowing football.

Hopefully, the turf in Abuja will be better and we will get to see these players express themselves better. All hope is not lost. With the support of the fans and the determination of the players, I think Nigeria can overturn the two-goal deficit in Abuja on Sunday