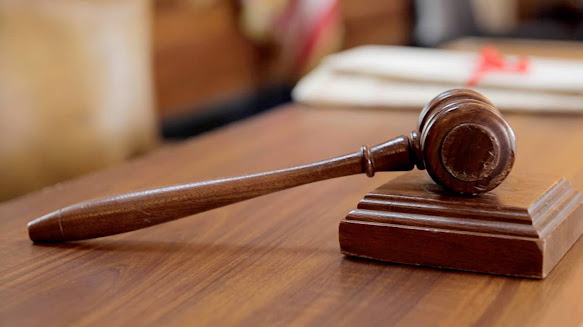 A Director of Logistics of the National Association of Nigerian Students (NANS), Federal University, Oye-Ekiti Chapter, Adeyemi Israel Abiodun has been sentenced to one-year imprisonment over internet-related fraud.

Ibadan Zonal Command of the Economic and Financial Crimes Commission (EFCC) secured the conviction of Abiodun.

It was gathered that Abiodun is a 200-level student of Economics and Development Studies at the Federal University, Oye-Ekiti in Ekiti State.

He was arrested on March 30, 2022, alongside seventy-nine (79) others in a sting operation by the operatives of the Ibadan Zonal Command of the EFCC at Sango area of Ibadan, Oyo State for alleged internet fraud.

Investigations revealed that, between July 2021 and March 2022, Abiodun benefited N195, 274, 331.00 (One Hundred and Ninety-Five Million, Two Hundred and Seventy Four Thousand, Three Hundred and Thirty-One Naira) as a cumulative heist from cyber-fraud involving forgery of over 25 US banks cheques.

Saga Gist reports that Abiodun was among the 40 persons convicted on separate charges before four judges of the Oyo State High Court, Ibadan.

EFCC said the offences bordered on impersonation, obtaining money under false pretence, obtaining property by false pretence and forgery contrary to Sections 419, 467, 484, 516 and 508 of the Criminal Code Law Cap 38, Laws of Oyo State, 2000.

Wilson Uwujaren, Head of Media and Publicity of EFCC in a statement on Wednesday, explained that Abiodun was arraigned before Justice Iyabo Yerima.

Thirty-nine others were prosecuted before Justices Bayo Taiwo, Akintola Ladiran and Olusola Adetujoye.