Ngbede was our bonafide student – UNIJOS 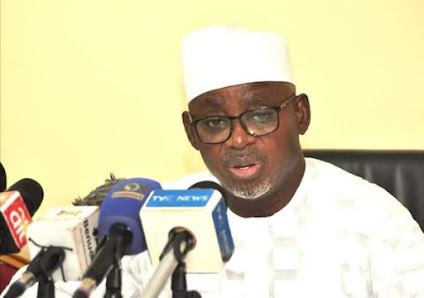 The University of Jos (Unijos) has confirmed that the Deputy Governorship Candidate of the Peoples Democratic Party (PDP) for the 2023 election in Benue State, Sir John Ngbede, was a student of the institution and did graduate from it.

Unijos also stated that Ngbede was admitted in the 1983/1984 academic session and graduated from there in 1990.

Recall that a Federal Capital Territory, FCT, Magistrate Court presided over by Taribo Jim, had on July 26,2022, ordered the University of Jos or any officer acting on its behalf to make available to the Commissioner of Police (no Command Stated in suit) the entry educational qualifications used by Ngbede John Ilodu to gain admission into the University of Jos with a view to assisting the Police investigation.

It also ordered the University of Jos or any officer acting on its behalf to make available academic records and transcripts of John Ngbede.

In a letter dated August 16th, 2022, signed by the Registrar of the institution, Dr Rejoice James Songden, and captioned RE: POLICE INVESTIGATION IN RESPECT OF NGBEDE JOHN ILODU (REF:UJS/6586/83-84), which is a reply to an earlier letter from the police dated August 1st, 2022, the University clearly stated that Mr Ngbede John Ilodu was their bonafide student.

The institution also included in the letter, the West African School Certificate (WASC) result of the Benue State PDP Deputy Governorship Candidate at the point of entry into Remedial Studies.

The University adjudged Ngbede’s conduct, both in character and in learning, to have been satisfactory to merit being awarded a Bachelor’s of Science degree in Chemistry.

“May we kindly affirm that Mr Ngbede John Ilodu was a bonafide student of the University of Jos whose academic records were adjudged to be satisfactory both in character and learning and was awarded a B.Sc (Hons) Chemistry with Second Class Honours, Lower Division in the 1989/1990 academic session.”

As earlier reported, the Police prosecutor who filed the motion ex parte and obtained the Court Order of July 26,2022 has failed to turn up in court on August 19th and August 26th, both times the case came up at the Magistrate Court in Bwari.