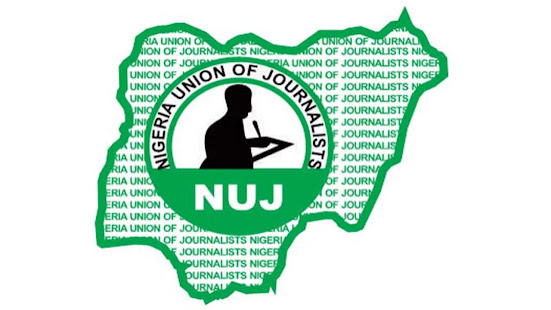 The Nigeria Union of Journalists (NUJ) in Adamawa State has condemned the alleged battering of its female member, Nafeesa Vandi.

A statement jointly signed by the council chairman, Donald Dedan and Secretary, Fidelis Jocthtan and obtained on Wednesday, said Nafeesa, a staff of Adamawa Broadcasting Corporation (ABC), Yola, was beaten beyond recognition by her supposed husband, Mallam Ibrahim Aliyu.

Saga Gist reports that although Nafessah has children with Ibrahim, they had long separated and they live apart, though not officially divorced.

The estranged husband allegedly pounced on her after he saw her alighting from the car of a man who gave her a lift.

“The union describes the heinous act as unacceptable, wicked and barbaric,” the NUJ said, adding, “beating such a professional female practising journalist to a stupor by her supposed husband Mallam Ibrahim Aliyu, a sacked staff of PHCN,” was barbaric.

It added that though the police has already swung into action in investigating and arresting the perpetrator of the domestic violence, it expected speedy action towards the prosecution of Ibrahim Aliyu in accordance with existing laws.

The union called on national and international organizations like FIDA and UNFPA which propagate an end to violence against women to step into the matter for justice to prevail.