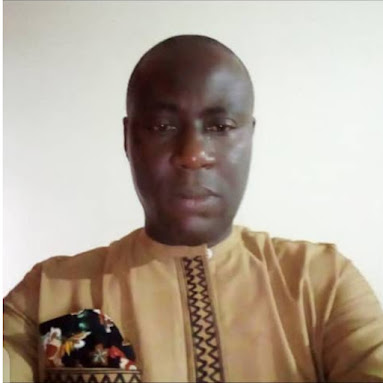 Ngadiuba was arrested by security operatives at his distribution point, No 15. Asutan street and has been detained in the Command’s headquarters, Ikot Akpanabia Uyo, the State capital.

It was gathered that Mr Ngadiubia was not the target, rather the publisher of the Mail Newspaper, Nfreke Nseowo-Connoseur whose publications were allegedly offensive to the State government.

According to information gathered, a female caller had tricked the Publisher, who had been on the run, by telling him she had an advert for him for publication in his paper.

The source added that the caller was referred to drop the advertisement materials with the newspaper distributor to be picked up at a later date.

But on arrival at Mr Ngaduibia’s distribution point, they arrested and dragged him to the Police Headquarters, Ikot Akpanabia, in Uyo, the State capital, and asked him to produce the publisher, else he will be made to face the wrath for connivance.

The plot to arrest the publisher had been widely reported by other local tabloids in the State, who had alleged that the State government was not happy with certain publications of the newspaper as it relates to the PDP candidate, Umo Uno’s alleged certificate forgery scandal.

Meanwhile, the Federated Chapel of the NUJ, which Ifreke Nseowo is a member, has condemned in strong terms the manner in which journalists are being hounded in the State.

The Chairman of the chapel, Mr. Nsibiet John, in a statement, described the development as “wicked, callous, ungodly, satanic and a fresh attempt to violently violate all known rules of democracy and free press.”

He said the arrest of Chidi in place of The Mail Publisher had also raised fresh concerns as the NUJ in Akwa Ibom State had reiterated its stance of not allowing any of her members to be victimized and hounded by any individual, group or institution.

Meanwhile, the Police command’s Public Relations Officer, Odiko Macdon, while responding to the development, said that the State NUJ chairman, Mr Amos Etuk, had already called his attention to the matter.

While pledging that the command would invite the parties involved for amicable resolutions, he called on journalists to practice the profession within the ambit of the law and respect other people’s views

According to him, “I have been called by the NUJ Chairman on this not long ago. We need more details on this. We will stand for the truth as an institution. We are committed to serving the good people of this State.

“We wish to call on our amiable members of the Fourth Estate of the Realm to practice their profession within the ambit of the law and respect other people’s views and rights. Let those concerned reach me for us to find the truth and create a level playing ground for all.”