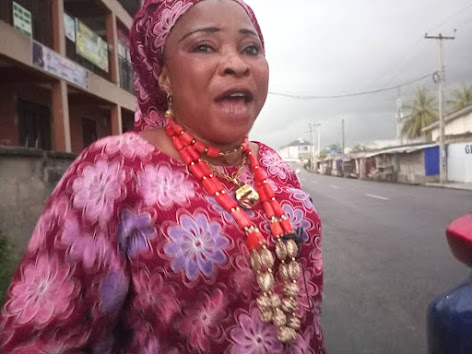 The Osun State Police Command has confirmed the arrest of three persons connected to the kidnapping of Osun businesswoman, Falilat Oyetunji, popularly known as Ero Arike.

It was gathered that Oyetunji was kidnapped at Temidire area, Olorunda village, Iragbiji, Boripe Local Government where she went to visit her mother, on Tuesday, August 8, 2022.

But the businessman was rescued by policemen about 20 minutes after she was kidnapped.

In a statement made available by Yemisi Opalola, the Osun State Police Command spokesperson, she confirmed that Oyetunji had been pre-warned on Saturday, August 6, of plans to kidnap her.

The mastermind of the plan, Opalola revealed was one Basiru, a former staff member of Ero Arike Company, and an indigene of Iragbiji.

Two persons of Northern extraction were also involved in the plan to have Oyetunji kidnapped.

According to the statement, “It was in the early hours of Saturday, 6th August, 2022, that an informant, (name withheld) came to inform Mrs Fasilat Oyetunji, ERO ARIKE that he saw some people, led by the former staff of her ERO ARIKE company, one Basiru, from Iragbiji arranging and planning how to kidnap her, then, she came to inform the police about it.

“The Police operatives of the anti-kidnapping squad Osogbo were detailed for the assignment and the surveillance was emplaced.

“The informant was asked to play along with the kidnappers. Today, when consummating their plan, men from the anti-kidnapping squad swung into action and nabbed the three suspects while their driver disappeared with the vehicle they brought for the operation.”

Opalola disclosed that two dane guns, one long knife and a jackknife were recovered from the suspects.

One of the suspects, who inflicted an injury on himself on his stomach, with the jackknife, the police spokesperson stated, has been taken to the Osun State University Teaching Hospital, Osogbo for treatment.

She, however, stated that investigation on the matter was still ongoing.