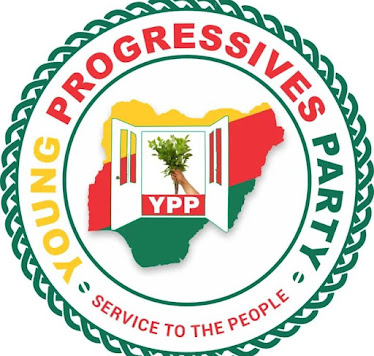 Two officers and a woman leader from Onna local government area, (LGA) Governor Udom Emmanuel’s LGA have resigned from the Peoples Democratic Party and joined the Young Progressives Party in the state.

Usenobong Akpabio, Chairman of the defection and inter-party committee of YPP in the state who disclosed this in a statement on Friday said about 580 other officers from other local governments have also joined the party recently.

The party witnessed the mass exodus following the defection and subsequent emergence of the Senator representing Akwa Ibom North East at the National Assembly, Bassey Akpan as the 2023 Governorship candidate of YPP.

Akpabio who is also the Akwa Ibom North East senatorial candidate of the YPP said that more people are joining the party on daily basis.

He said, “As of 31st July, I had counted 580 officers. The defection is ongoing, a lot of officers are leaving the PDP. Like on Monday 15th of August, two officers, and a woman leader from Onna left the PDP and joined us.

“I have their records. I have their resignation letters. They have formally enrolled in the YPP as members. Membership registration is ongoing. Officers of the PDP are defecting from all the local government areas across the state but in Ibiono Ibom, the defection is massive. Ibiono Ibom has the largest number of officers of PDP defecting to the YPP. From the chapter chairman to the ward chairmen, to other officers.”

However, most of the officers who have defected from the PDP have had their membership resignation letters posted on Facebook.

Aside the party officers, a member of the House of Representatives, representing Ikono/Ini, Emmanuel Ukpong-Udo and two members of the Akwa Ibom State House of Assembly, Mr. Usoro Akpanusoh and Mr. Nana Udo, representing Edit Eket/Ibeno and Ikono state constituencies respectively have also defected to the YPP.

Recall that the Chief of Staff to the governor, Mr. Ephraim Inyang, and the immediate past Commissioner for Labour and Manpower Planning, Mr. Sunny Ibuot, who resigned from the state executive council in March have joined the YPP alongside the two special assistants to the governor who earlier resigned.