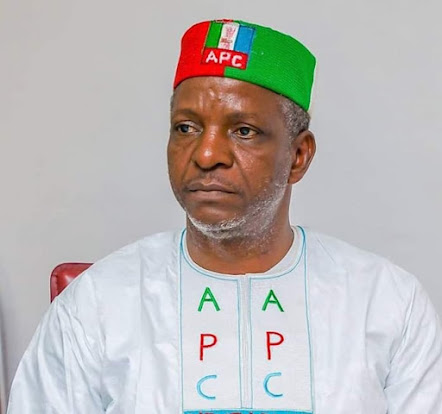 Ahead of the 2023 gubernatorial election in Plateau State, the opposition Peoples Democratic Party has appointed Chief Latep Dabang as its Campaign Director General.

Dabang was the immediate past APC chairman in the state but dumped the APC for the PDP.

Latep’s appointment was disclosed in a press statement signed by the Publicity Secretary of the PDP in the state, John Akans, made available to journalists in Jos, the State Capital.

It reads: “The Plateau State chapter of the Peoples Democratic Party (PDP) has approved the appointment of Chief Letep Dabang as its 2023 Gubernatorial campaign Director General.

“The Director General will announce other appointments into the campaign structure as approved by the party.

The statement further said the state Chairman of the PDP, Christopher Hassan will inaugurate the campaign team in due course at the party’s secretariat.