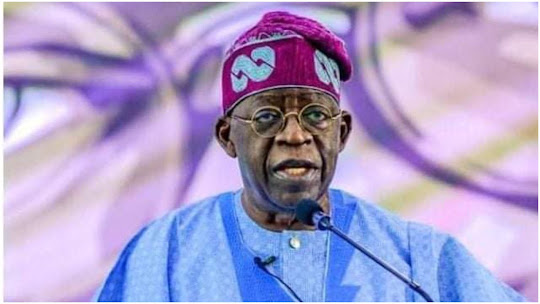 His major contenders, Atiku Abubakar of the Peoples Democratic Party, PDP and the Labour Party flag bearer, Peter Obi were all present at the event which took place at the Eko Hotels, Victoria Island, Lagos State.

Tinubu’s running mate, Senator Kashim Shettima was, however, on ground.

The arrivals of the politicians shook the auditorium as their supporters hailed their 2023 presidential candidates with rapturous applause.

A video of how the former Anambra State Governor, Obi was cheered by the crowd at the conference is currently trending on social media.

Atiku, while delivering his speech, restated the need to restructure the country.

“I am a product of developed powers and I know what the regional governments did with those powers. That’s why I’m advocating for restructuring,” he said.