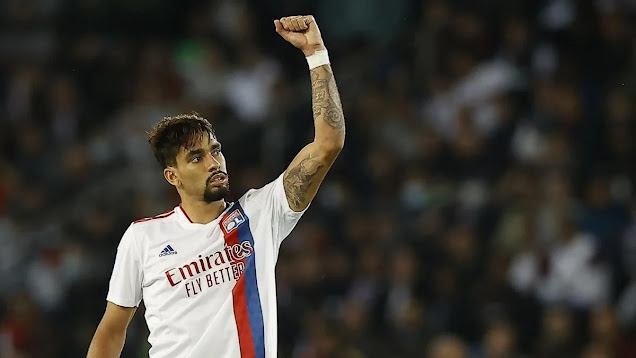 West Ham are on the brink of completing a £36.5m deal for Brazilian midfielder Lucas Paqueta.

The 25-year-old is due to have a medical on Sunday before completing the switch from French club Lyon.

Lucas Paqueta is already in London to have a medical ahead of joining West Ham.

The midfielder will join the Hammers in a £51m deal, smashing their club record.

Journalist Fabrizio Romano said: “Lucas Paquetá is in London together with his agents, arrived on Saturday night.

“First part of medical as new West Ham player will take place in the next hours, full agreement and documents exchanged with OL.

“Plan confirmed – now waiting for contracts to be signed.”