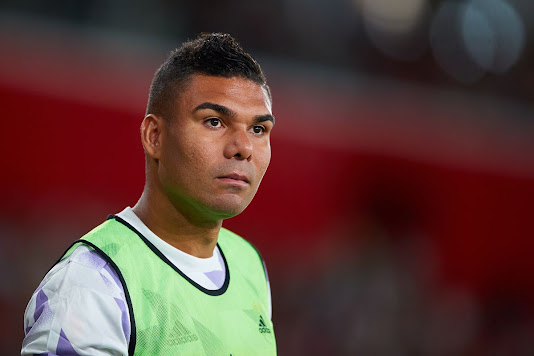 Casemiro has refuted claims that he chose to dump Real Madrid for Manchester United because of the mega wages he is bound to receive from Old Trafford.

He said the Brazilian never wanted to leave Real Madrid until he was made a promise of £300,000 a week and a four year deal.

And during his farewell press conference on Monday, Casemiro reacted to the suggestions that his move was partly motivated by United’s offer to double his salary.

“Leaving for money? People who say this clearly don’t know me. They’re wrong. If it was for money I would have left four years ago,” the Brazilian said.

The 30-year-old is not registered in time to play against Liverpool on Monday night.

The Brazilian said if he had his way he would be putting on his kit and boots at Old Trafford rather than being presented to supporters.

“If it depended on me, I would play against Liverpool today! I can’t wait,” he added.