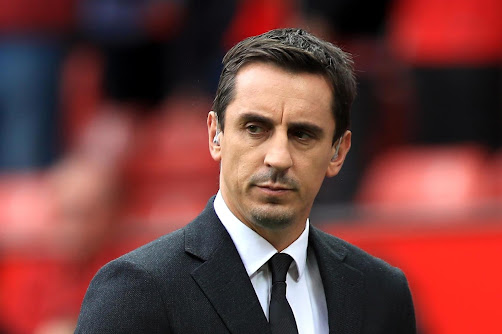 Manchester United legend, Gary Neville has slammed the club over their decision to sign Marko Arnautovic, saying it is a move being made out of desperation.

Manchester were defeated at home by Brighton in their first game of the 2022-23 season, handing Erik ten Hag a very poor start as Red Devils’ boss.

New signings, Lisandro Martinez and Christian Eriksen, made the Red Devils starting line up as Ten Hag was forced to field Eriksen as a false nine.

But United legend, Neville cannot see any reason for this transfer and likened it to the transfers that saw the likes of Odion Ighalo, Zlatan Abramovich and Edinson Cavani join the club in recent years.

Meanwhile, another Manchester United legend, Roy Keane said that it would hurt the club so badly this season if they allow Cristiano Ronaldo leave.

Keane believes that Anthony Martial, despite his near-perfect preseason performance under Ten Hag, cannot be an alternative to the veteran Portuguese attacker.