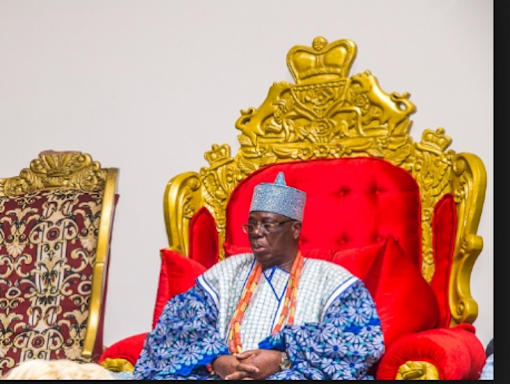 The Ewi of Ado-Ekiti, Oba Adeyemo Adejugbe has dispelled the insinuations that the celebration of Udiroko festival is Idolatry.

The monarch, during a news conference to herald the 2022 edition of the festival, said Udiroko marks the first day in the Ado Ekiti calendar.

He explained that the event symbolized the first meeting held by the ancestors of Ado when they assumed the town after a long journey from Benin.

The monarch cautioned people against misinformation about the day and called for necessary support to enable it attract international recognition.

Oba Adeyemo noted that this year’s Udiroko festival would be celebrated in the Palace on Sunday, 21st August, 2022.

The traditional ruler said the festival had served as a platform for the indigenes of Ado Ekiti to brainstorm on how to develop the State capital.

Speaking on security, Oba Adeyemo assured that maximum security would be provided to ensure a hitch-free programme.

Meanwhile, a chieftain of the All Progressives Congress, APC, in Ekiti State, Hon Ayodeji Adarabierin Asipa has called for the promotion of the Udiroko festival for national and global recognition

“If Udiroko festival of Ado Ekiti, which marked the first day of the traditional calendar of the ancient town and those in other towns could be propelled to national status like the Osun Osogbo, the Argugun fishing festival, the Ojude Oba, among others, the economy of the State will be better for it,” he said.

“The government should help promote the festival because of the economic potential inherent in tourism,” he added.