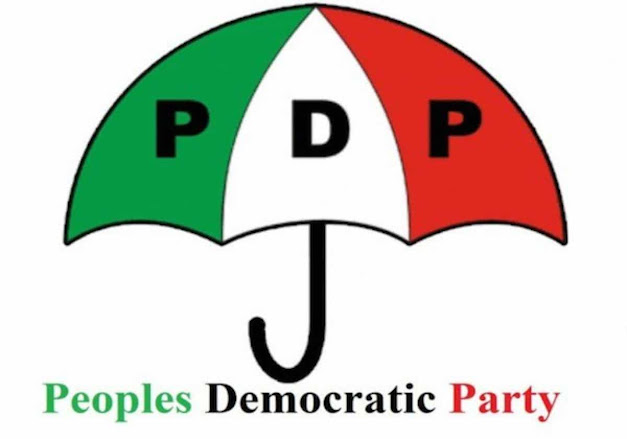 The Peoples Democratic Party (PDP) in Osun State has denied being involved in Friday night’s attack on the convoy of the wife of the state governor, Kafayat Oyetola.

Recall that the convoy of the governor’s wife was attacked at Owode-Ede town enroute Osogbo, the state capital.

According to reports, the motorcade, which travelled without a siren was stuck in a hold-up, which according to police revelation, was caused by a broken down truck.

In the ensuing confusion, gunshots were fired and security personnel attached to the Osun First Lady and others sustained injuries while five persons were arrested.

A statement released on Saturday and signed by Oladele Oluwabamiji, the Osun PDP Media Director, revealed that the problem started when the security details attached to the governor’s wife beat up the driver of the truck.

According to the statement, “We are shocked to read this morning the futile attempt by the office of the outgoing First Lady to cover up the irresponsible conduct of her escort who beat up a truck driver at Owode, leading to public angry reactions against her entire convoy.

“Eye witness accounts further revealed that as at the time the convoy was attacked, the angry crowd was not even aware of who was in the convoy until reinforcement was sent to the scene from Government House with sporadic shootings.

“We have gone this far with the details of the incident to strongly deny allegations that PDP thugs were responsible for the self-inflicted attacks on the convoy of the First Lady.”

The Osun PDP maintained that its members will never harass and molest innocent citizens whose only crime was pursuing their daily needs under an economy recklessly battered by the First Lady’s party.

The party noted that rushing the truck driver to the hospital was not enough atonement on the part of the First Lady for the sins of her overzealous escort and called on her to apologise to him for the inhumane treatment.