2023: Be wary of politicians seeking frivolous injunctions – Abiodun to Judiciary 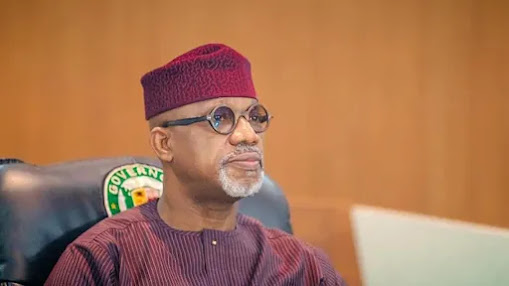 Ahead of the 2023 general elections, Governor Dapo Abiodun of Ogun State has urged officers of the judiciary to be wary of politicians who would use frivolous court injunctions to thwart the success of the polls.

A statement by his Chief Press Secretary, Kunle Somorin, said Abiodun spoke Monday at the Special Church Service to mark the 2022/2023 Legal Year held at the Cathedral of St. Peter, Ake, Abeokuta.

Abiodun said during electioneering periods, politicians do use court processes for their selfish reasons, calling on the judiciary not to allow politicians tarnish the image of that arm of government.

The governor, while telling the judiciary to expect a barrage of applications for injunctions, said he trusts that members of the Bench in the State Judiciary could differentiate between objectivity and machinations of selfish politicians wanting to thwart the smooth running of the elections.

“Therefore, I admonish you to be wary of entertaining frivolous injunctions from the political class, in particular, as we move towards the 2023 general elections,” Abiodun warned.

He further admonished legal practitioners to recognise that in a fledgling democracy, they must continue to be a strong pillar for the survival of democratic principles and preserve the rights of the people.

At the same time, he urged them to act as the balancing scale between the Executive and the Legislative Arms of government in the State.

In his sermon, the Bishop of Methodist Church, Remo Diocese, Rt. Revd. Bamidele Ibikunle said justice is daily tested in Nigeria as greed and covetousness have assumed a new dimension.

Speaking on Jeremiah 6 verse 10, the cleric posited that corruption, insecurity and economic woes remain the main challenges confronting the nation.

While saying that many Nigerians are preoccupied with how to amass wealth without caring about how it is got, Ibikunle charged judges and judiciary workers to shun corruption and deliver judgement expeditiously.