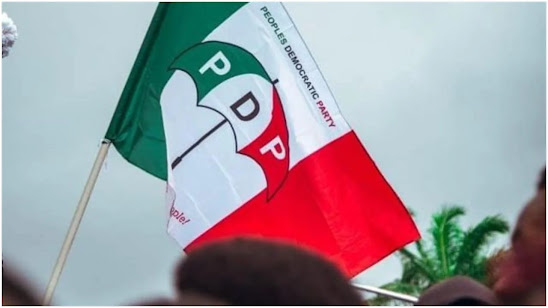 A chieftain of the Peoples Democratic Party (PDP) in Oyo State, Dr. Kazeem Adesina Abidikugu, has appealed to members of the party in the state and south west to close ranks.

Abidikugu noted that the need for members of the party to close ranks and embrace peace was necessary to defeat the ruling All Progressives Congress (APC) in the 2023 presidential election.

He said this when he joined other chieftains of the PDP to welcome the presidential candidate of the party, Alhaji Abubakar Atiku, to Ibadan, the state capital.

The PDP chieftain, while welcoming Atiku to Ibadan on Wednesday, urged the leadership, major gladiators and stakeholders of the party in the state and south west geo-political zone to close ranks.

He said that this will allow them to work assiduously to ensure the victory of the party in the 2023 presidential election.

Abidikugu, while speaking further, also urged Nigerians to vote for Atiku, to rescue Nigeria from the economic hardship being experienced.

He said, “I appeal to leaders of south west PDP at all levels to show greater commitment to the unity of the party and put its interest as paramount in all their interactions and activities.

“I want the party leadership in Oyo state and south west geo-political zone to close ranks, embrace the modernisation agenda as the only sure manifesto for the sustainable socio-economic development and growth of the nation and prosperity of all Nigerians.

“I also urged all party members to restrain themselves from making negative and provocative statements about the party’s candidates at all levels to ensure unity, peace and sanctity within the PDP family”.