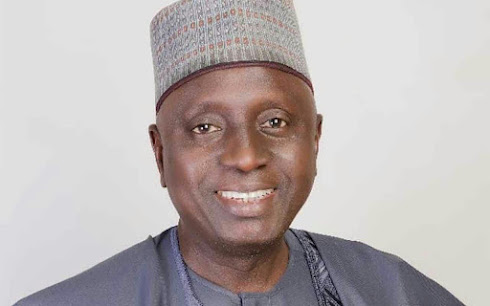 The All Progressives Congress, APC, Senator representing Kwara Central Senatorial District at the National Assembly, Dr. Ibrahim Yahaya Oloriegbe has again criticized the conduct of the last party primaries in the State.

Senator Oloriegbe lost the party primary election in the Kwara Central Senatorial District which produced Malam Saliu Mustapha as the candidate for the district in the 2023 elections.

Addressing his supporters and well wishers on Saturday on his arrival to Ilorin from Abuja since the conduct of the primary election, Oloriegbe insisted that there was no credible primary election held anywhere in the State.

He blamed Governor Abdulrahman Abdulrazaq for allegedly hijacking the exercise and vowed not to work for his re-election in next year’s general elections.

Saga Gist recalls that the federal lawmaker had in June, 2022, during his appearance on Channels Television’s Sunrise Daily, blamed Governor Abdulrazaq for his inability to secure the party’s ticket for his second term in the National Assembly.

“What I said on Channels TV regarding the APC primary elections in Kwara remains the same, nothing has changed.

Oloriegbe faulted the manner the primaries were conducted, accusing Governor Abdulrazaq of hijacking the process and directing the delegates to vote for his preferred aspirants.

“There were no primaries, like in my State, the governor just handpicked the delegates one night and said we have done primaries and the list came. So, you don’t even know who the delegates are,” he added.

Oloriegbe had also in a leaked audio recorded at a recent political meeting, vowed not to work for the re-election of Governor Abdulrahman Abdulrazaq in 2023.

The lawmaker, however, said on Saturday that he would rather work for the election of the APC presidential candidate, Asiwaju Bola Ahmed Tinubu.

Apparently reacting to Senator Oloriegbe’s outburst, Saliu Mustapha who emerged the APC Senatorial candidate for Kwara Central District at the primary election, said the result reflected the wishes of the party’s stakeholders and members in the district.

In a statement made available to newsmen on Saturday in Ilorin, by his campaign organisation, Mustapha cautioned party leaders against utterances in public places that could derail the modest gains already made at the State and national levels.

“The outcome of the party’s primary represented the democratic choice of the largest majority of party members who freely exercised their franchise,” he declared.

Mustapha, who is the Turaki of Ilorin, appealed to party leaders to leave a legacy of good sportsmanship.

He further warned against comments that would not unite the party and its members, notwithstanding their personal feelings.