2023: Plateau PDP has valid candidates to be on ballot – Legal team 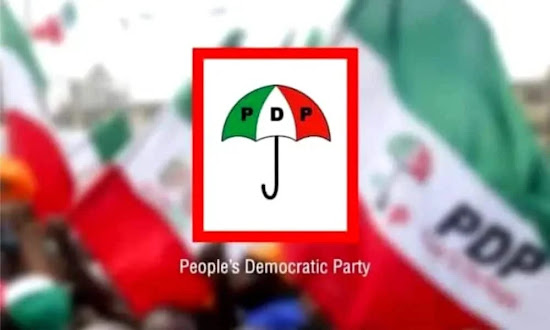 Ahead of the 2023 general elections, the legal team of the main opposition Peoples Democratic Party (PDP) in Plateau State on Monday said the party has valid and competent candidates who were elected in line with the 2022 Electoral Act and will be on the ballot.

Adding that the recent Jos North/Bassa Federal Constituency judgment at the election tribunal has no effect whatsoever on the 2023 PDP candidates.

The legal team disclosed this in a press statement signed by Sunday G. Odey, Esq and made available to journalists in Jos, the state capital.

Odey described as mischief and falsehood the rumour peddled around by the opponents that PDP and its candidates may not be on the ballot for the 2023 election based on the said judgment.

He dismissed the rumour making the round and urged PDP members to remain committed and focused as it is only the party that has valid, credible, and competent candidates for the 2023 elections.

“The legal team of the Peoples Democratic Party, Plateau State Chapter, has observed that opponents and some mischief makers are peddling the falsehood that PDP and its candidates may not be on the ballot for the 2023 general elections as a fallout of the recent Tribunal decision delivered on Friday, 2nd September 2022 in respect of the Jos North/Bassa House of Representatives bye-election.

“We hasten to clarify that the decision of the Election Tribunal relates only to the primaries conducted for the Jos North/Bassa Federal Constituency bye-election, which the tribunal erroneously nullified by relying on the Justice Kunda judgment which purported to justify the unprecedented exclusion of PDP from participating in the 2021 Local Government Council elections.

“Please note that the Justice Kunda Judgment is now on Appeal before the Supreme Court,” he maintained.

“We wish to state without doubt or equivocation that even though the judgment of the Election Tribunal is being appealed with very meritorious Grounds of Appeal, it has no bearing whatsoever on the nomination and qualification of candidates of the Peoples Democratic Party Plateau State for the 2023 governorship and legislative assembly elections.”

Odey said the 2022 Electoral Act excluded all statutory delegates, mainly EXCO members of any party, from being delegates during the Congresses that produced candidates for the 2023 elections.

“The Chris Hassan-led EXCO, which is mischievously rumoured to be illegal, emerged through a democratic and transparent process, and there are no known legal impediments (except self-serving extrapolations by merchants of fortune) hindering them from performing their constitutional duties.

“The PDP and its legal team have always been proactive and had envisaged the possibility of using underhand tactics to stop the obviously preferred PDP candidates from winning the 2023 elections, and took steps to forestall such.

“Knowing the capacity of the opponents of the PDP for mischief, impunity, and deliberate misinformation, the National Secretariat of the party pleaded with the Chris Hassan EXCO to step aside for the period of the Congresses and allow a Local Organising Committee it constituted to oversee the process.

“The congress which produced the ad hoc delegates of the PDP during the ward congresses (unlike the other party which did not conduct any congress to elect delegates) were duly organised and supervised by the Ward Congress Committee appointed by the National Secretariat of the party and went smoothly in over 95% of the Wards.

“The few complaints that arose from the Ward Congresses have been largely resolved through the Party’s robust dispute resolution mechanism.

“The 2022 Electoral Act, PDP Constitution, and Guidelines for the Congresses clearly indicate the time allowed for appeals as well as those entitled to file such appeals. It is gratifying and reassuring to note that since the governorship primaries were concluded in May, 2022, there has not been a single administrative or legal complaint by any of the noble aspirants who contested with the candidate of the party Barr. Caleb Mutfwang.

“The Election Tribunal did not make any pronouncement as to the status and legitimacy of the State leadership of the Party as presently constituted as being mischievously circulated.

“The party has taken a decision to file an appeal against the judgment to remedy the monumental travesty of justice, and we believe that the Court of Appeal will do a better job than what the Tribunal came up with.

“We trust that the judgment of the Tribunal will be set aside with victory restored to PDP,” he stated.