2023: SDP only political party with philosophy in Nigeria – Olu Falae 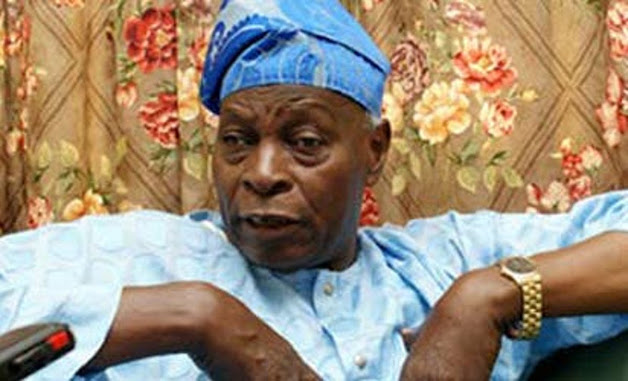 Former Secretary to the Government of the Federation and ex-national chairman of Social Democratic Party (SDP), Chief Olu Falae has said that the party is the only political institution in Nigeria.

According to him, the party is the only one among the others with ideology and viable structure.

Falae stated this during the opening of SDP’s new Secretariat in Abuja on Thursday, insisting that the party will win the presidential election again.

According to him, the chances of the party repeating its feat of June 12, 1993, when MKO Abiola, was adjudged to have won the presidential election was very bright.

The 84-year-old elder statesman said that though the SDP may not boast of any State governor, Senator, members of the House of Representatives or State Assembly today, it would get there by 2023.

“Nigeria today is in crisis. You can’t move without being kidnapped. I have been kidnapped for four days on my own farm,” he said, insisting that the SDP is the hope of Nigerians.

“Controlling government is not a controlling party. Ask the parties, what is their philosophy, they don’t know it, they don’t have a plan, that’s why things are getting worse.

“I travelled to Lagos on foot as a young man without being kidnapped. But at 77, I was kidnapped,” he lamented.

Falae said that one big problem with the Nigerian political system was that the political parties do not have philosophy and laid out plans.

“SDP is the only party that can restructure and revive Nigeria. More people will leave the country if things are not put right. More doctors are leaving,” he stated.