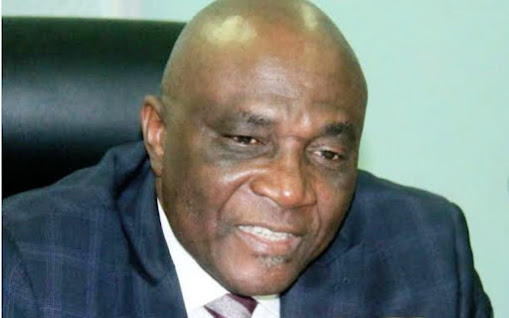 He stated this while analysing the prospects of Bola Ahmed Tinubu defeating Alhaji Atiku Abubakar and Peter Obi of the Peoples Democratic Party (PDP) and the Labour Party (LP) respectively, on the Arise TV Morning Show program on Thursday.

He explained how the elections would be won in the South West:

‘‘We are not really troubled about whatever people perceive as happening. We are strong in the South West; everybody should know that; that is the home base of our presidential candidate. Whatever happened in Osun State was a local issue. Probably the people didn’t want the government to come back, but it’s going to be a different ball game in the presidential election; we are very certain of that.

‘’As for Lagos State, of course, you know it is also our stronghold. We believe we are going to win Lagos with a very wide margin despite the presence of the ‘obedients’ in the state, ditto Ogun and Oyo states, as well as the entire South West.’’

According to him, APC has made serious incursions in the South East and South-South.

”We are making inroads into the South East. Don’t forget that there are two APC states in the South East. If the people decide to follow the ‘Obedients’ or the PDP, we are sure that we are going to win, at least the minimum votes in Ebonyi and Imo states. Which is a very good one. That’s what we are projecting.

‘’And if you go further to the South-South, we are very strong in Delta state. We are strong in Edo state. Rivers state is up for grabs. We follow what has been going on between Governor Nyesom Wike and Atiku Abubakar, so we are very comfortable,” he said.

Further analysing how the elections will turn out in the North, he said APC has an advantage over other parties

‘’If you go to the North, of course, I think we are the party to beat in North West part of Nigeria. In North Central, we are going to make a lot of incursions. In Kogi State, for instance, can PDP or ‘’Obedients’’ ever hope to upstage us in Benue State or Plateau State, where the governor is also the DG of our presidential campaign.

‘’Don’t forget that our Vice Presidential candidate comes from the North East region where Atiku comes from. We already believed that we have at least two states in our pocket: Borno and Yobe. And we are going to make a lot of incursions in other states, including Adamawa state, where Atiku hails from.