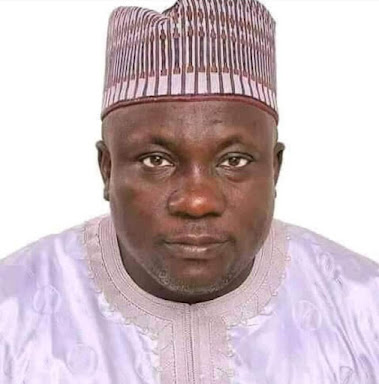 The Adamawa State chapter of the All Progressives Congress (APC) has removed its chairman, Ibrahim Bilal.

Twenty-five members of the State’s 36-member State Executive Committee signed a petition, on the strength of which the Exco effected the chairman’s removal on Monday.

The executives subsequently swore in the state Deputy Chairman, Samaila Tadawus as a replacement for Bilal.

In a Vote of no-Confidence on Bilal “over gross misconduct”, dated September 5, 2022, the party EXCO said, “We the undersigned members of the state executive committee of the All Progressives Congress (APC) in Adamawa State passed a vote of no confidence on the chairman of Adamawa State chapter of APC, Alhaji Ibrahim Bilal.

The exco recalled how it had on the 26th of August, issued a formal complaint to three executive officers of the party, including Bilal, over constitutional violations, in line with the spirit of fair hearing, adding that while the other two people concerned responded, Bilal, did not.

They said Bilal as well as the secretary of the party, Mr. Raymond D. Chidama and the treasurer, Yahya Hammanjulde were given a seven-day grace to respond to the allegations, which elapsed on 1st September 2022.

“The secretary and the treasurer acknowledged receipt of our petition and promised to respond to us soon. But as at this day, the chairman of the party refused to respond to the grave allegations to clear his name,” the EXCO alleged.

They claimed that Bilal had even refused to come to Yola from his Abuja base.

“But while he was fiddling in Abuja, the party he is superintending in Adamawa is under serious threat of implosion as a result of unresolved complaints leading to pent-up anger in the party.

“As a result of this gross failure, we hereby resolved to invoke article 21.5 (vi) of the party’s constitution which vests us with the powers to pass a vote of no confidence on him,” the EXCO stated.

Outlining the grouses against Bilal, the Excos said he, “deceived the aspirants of the party and collected monies running into hundreds of millions of naira.”

“The chairman sold many vehicles belonging to the party and did not remit a dime to the secretariat.”

They alleged that Bilal had generally shrouded the finances of the secretariat in secrecy and had been running the affairs of the party like a personal investment with no checks and balances and without auditing.

They added that the chairman bought an eight-seater bus at the cost of N29 million without consultation or due approval of the excos and that he bought furniture for the secretariat at N7 million without approval.

They also accused Bilal of anti-party activities, stating that he was urging the people not to vote for the candidate of APC for Adamawa North Senatorial Zone, Sen Ishaku Abbo, asking them instead to vote Dr. Abdullahi Belel, the candidate of NNPP.

The excos listed a number of vehicles belonging to the party but which Bilal had taken away, including two Marcopolo buses, three Sienna buses, a picnic bus, three bigger versions of Sienna buses, a Hilux truck, another Hilux truck, a Sienna bus, and an 8-seater Hyundai bus, all mostly donated by party members.

The excos said apart from constitutional breaches by the chairman and entrenchment of corruption, serious dereliction of duty, massive abuse of office and indiscipline, “the chairman also lacks character, carriage and most importantly the educational wherewithal to run a big and complex organization like our great party.”

“It is on this premise that we the concerned and discerning exco, desirous of restoring the lost glory of the party, felt that we must put a stop to this descent before the chairman under whose care the party lost power in the state in 2019 to Peoples Democratic Party (PDP).”