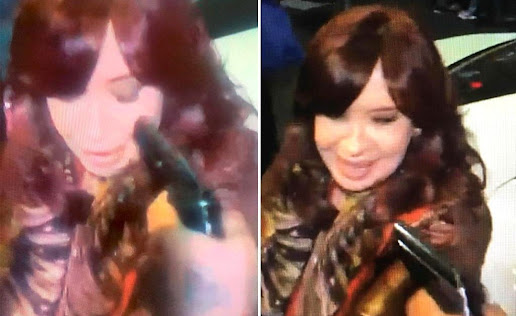 The VP missed assassination after the firearm an assailant pointed to her face jammed.

In the murder attempt caught on tape, the gun failed to unload after the trigger was clicked twice.

CFK, as popularly known, was outside her residence where supporters gathered to show solidarity as she battles corruption charges.

President Alberto Fernández announced that the gun was loaded with five bullets, but failed to fire.

A 35-year-old man Fernando Andrés Sabag Montiel has been taken into custody.

The suspect, a Brazilian with an Argentine mother, has lived in Argentina since he came to the country in 1993.

Previously arrested in 2021 while carrying a 35cm knife, photos of him show tattoos associated with neo-Nazi groups.

Pope Francis, the Argentine-born head of the Catholic Church, telephoned Fernández de Kirchner after the incident.

She was Argentina’s president from 2007 to 2015, and previously the nation’s First Lady for four years.