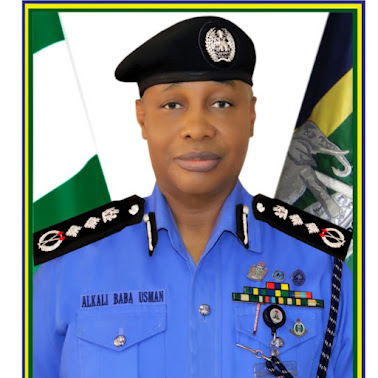 The Bauchi State Commissioner of Police, Umar Sanda, has said 1,460 suspects of kidnapping, armed robbery, rape, and other crimes have been arrested in connection with 722 cases across the state.

He disclosed that six AK-47 riffles, 23 Dane guns, 20 locally-made revolves, 145 live ammunition, among others, were recovered within the past nine months.

Sanda stated this in a goodwill message on behalf of the Inspector General of Police, Usman Baba, at the opening ceremony of a one-day campaign titled: ‘‘Police Public Complaints Committee (PPCC) Sensitization campaign’’ organized by the Ministry of Police Affairs on Thursday evening.

He said that the campaign is not only timely but would enhance and enrich accountability in the nation’s policing system, especially at such a crucial time when there is a need for a standard and functioning police service.

He commended the courage and vision of the President, Major General Muhammadu Buhari (retd.), and the Inspector General of Police, IGP, Usman Baba, for their unrelenting efforts in ensuring an absolute drive towards reforming the police force to conform to international standards and global best practices.

“This is manifested in the recent successes recorded by the Nigeria Police Force in dealing with disciplinary-related matters such as; extortion, abuse of power, corruption, and other unprofessional conduct of officers and men of the force while dealing with members of the public.

“Consequently, from my assumption of duty as the 43rd Commissioner of Police Bauchi on the 29th November 2021 till date, the Command recorded seven hundred and twenty-two (722) cases and arrested over one thousand four hundred and sixty (1,460) suspects in connection to various crimes committed within and outside the State.

“The Command was able to rescue fifty-five (55) kidnapped victims from their captors,” he disclosed.

He revealed that 45 machetes, 14 motorcycles, five laptops, 10 Keke NAPEP, 81 blocks of cannabis, and 101 different handsets, including monetary exhibits of N7,193,000, were also recovered from the suspects.

“At this juncture, it is worthy to note that the aforementioned successes were made possible through actionable intelligence from members of the public, who, as partners in progress, share our desires and aspirations to maintain a safe and secure environment for all law-abiding citizens in the state and Nigeria in general,” he added.