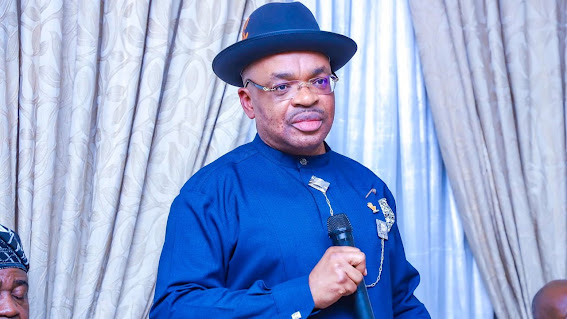 The media aide to governor Udom Emmanuel on Research and Documentation, Mr Essien Ndueso has insisted that it is not the responsibility of the Akwa Ibom State Government to pay compensation to the people affected by the construction of the federal government’s Calabar Itu road.

Essien stated this on Monday in a statement following the purported assertion by the former aide to President Muhammadu Buhari on Niger Delta Affairs, Senator Ita Enang to stakeholders of Itu Local Government that the project is being delayed due to the state government’s inability to pay compensation.

The governor’s aide wondered how a federal government could award contract for a project and failed to include bill of quantity, querying if Senator Enang did not know that the same federal government is constructing roads and railways worth hundreds of billions of naira in the north and even into neighbouring countries and none of the benefitting States was asked to pay any compensation.

Describing the action as ridiculous, Ndueso asked for the person who undertook negotiation for the compensation, as well as who appointed property valuers to evaluate the cost of the properties in the right of way.

He added that the contract is expected to be funded with petroleum profit tax, noting that Akwa Ibom State is losing revenue from that and queried where the FG expected the State government to pluck money and pay compensation on its behalf.

He added, “As we speak, the federal government is constructing 21 roads projects around Kano State totalling about 960 kilometres, notably Kano – Abuja Highway, Kano – Katsina, Kano – Maiduguri and a host of others.

“The federal government is currently in Phase 3 of the Housing Scheme in Kano State. There is no news anywhere that the Governors of Kano, Kaduna, Borno or Katsina State, were asked to part with a dime in the name of compensation or counterpart funding of the projects.”

However, when Senator Enang was contacted for reaction, he said he was surprised by the governor’s aide’s press statement, noting that he totally misunderstood what he said.

Enang said he only pleaded with communities involved to allow construction to go on as compensation was not included in the bill for the contractors.

He, therefore, urged the people to watch the clips to ascertain the true position, stressing that some State government functionaries were there when he made the appeal.