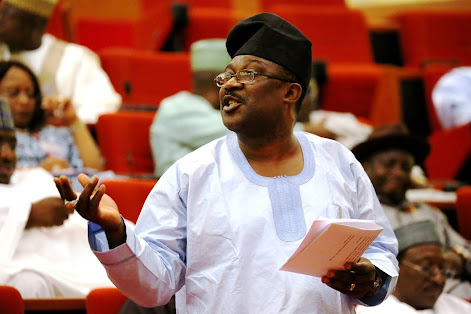 The Chairman, Senate Committee on Aviation, Smart Adeyemi, has appealed to aggrieved members of the Peoples Democratic Party, PDP, to cross over to the All Progressives Congress, APC, saying it is the only true national party in the country.

Adeyemi said that APC’s presidential candidate, Bola Ahmed Tinubu, has the credentials required to govern Nigeria because he succeeded in setting the governorship structure in Lagos, where Christians and Muslims rotate power.

He disclosed this over the weekend while speaking with journalists in Abuja.

He also said that Tinubu and Senator Kashim Shettima- his running mate, are patriotic Nigerians who are blind to religion and ethnicity.

“I want to appeal to those aggrieved in the PDP to cross over to the APC. APC is the only true national party that is available today. We all know the two dichotomies – the North and South”, he said.

He further added that Nigeria requires more than ever before unity, fairness, diversification of the economy, safety of lives and property.