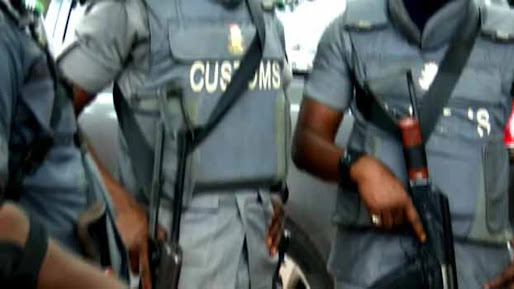 A 35-year-old member of the National Union of Road Transport Workers (NURTW) narrowly escaped death after a stray bullet fired by Nigeria Customs Service officers while they chased rice smugglers in the Garki Local Government Area of Jigawa State hit him.

A resident said the incident happened at Tashar Sama in Garki when the customs officers were on the trail of suspected smugglers.

He said one of the officers opened fire while chasing a man suspected to have smuggled foreign rice into Garki town.

“It was one of the stray bullets that hit the man, and the suspected smuggler had escaped,” he said.

He said the incident happened on Wednesday at about 1030hrs when the Customs personnel, on border drill patrol with their Hilux no. 16, were chasing suspected foreign rice smugglers.

He explained that on reaching a point at Tashar same in Garki town, they shot one rice smuggler on his motorcycle, who was trying to escape from being arrested.

He said in the process, the stray bullet hit a 35-year-old NURTW member in their garage, and he sustained an injury to his stomach.

Shiisu said the detectives rushed to the scene and conveyed the victim to Garki Hospital for medical attention.

He said the case is under investigation.