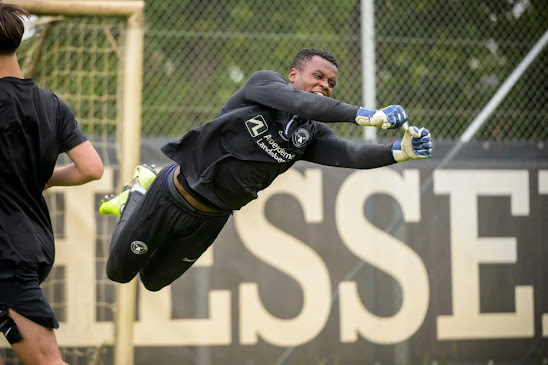 The shot stopper started with the club’s U-19 team where he featured in seven games, keeping five clean sheets.

The youngster signed a five-year contract extension three weeks ago and was promoted permanently to the first team squad.

The young goalie is now the fifth Nigerian to make it to the Wolves first team following in the footsteps of Sylvester Igboun, Paul Onuachu, Frank Onyeka and Raphael Onyedika.

“I get a lot out of training with the first team. When I got here I didn’t think it would go so fast and I’m happy with the progress I’ve made so far,”he told the club’s official website.

“The goalkeepers I train with have great qualities. I look at what they do and I try to copy them. If there is something I can’t do, I try to learn from them in the pursuit of becoming even better.”