Dismissing Wike will spell doom for PDP in 2023 – Ortom warns 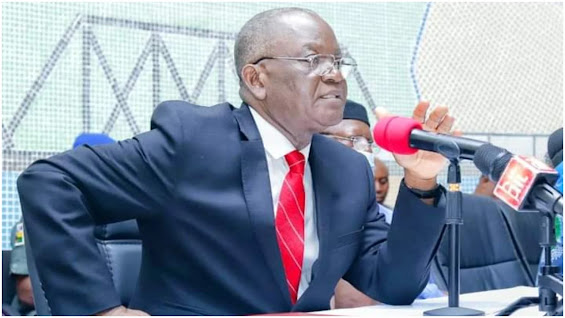 Benue State Governor, Samuel Ortom has blamed the Peoples Democratic Party (PDP) for being the reason why the crisis between the Rivers State Governor, Nyesom Wike and Atiku Abubakar, the presidential candidate of the PDP has lingered.

He observed that the PDP at the national level has not effectively deployed the internal mechanism of the party in resolving the crisis in settling the rift between the duo who participated in the PDP presidential primaries, in which Atiku, Nigeria’s former Vice President emerged as the flag bearer of the party.

Governor Ortom who disclosed this during an expanded caucus meeting of the PDP in Makurdi on Monday noted that it would be disastrous for the party during the 2023 elections if it dismisses them with a wave of the hand.

He advised the leadership of the party to address the injustices meted out to Governor Wike and other aggrieved members of the party.

While Governor Ortom observed that he has also proffered solutions on how to solve the melee, he warned that if the crisis was not resolved, it would spell doom for the party during the 2023 general elections.

Ortom who insisted on the need for PDP to deploy its internal mechanism of conflict management to solve the issues, said, “There is an injustice that has been meted to my friend Wike because he stood for the party and supported it to the end.

“The leadership of the party should do the needful to resolve the problem and not shove people around as though they are not relevant. Everyone is relevant and one vote can make you lose an election.

“So the leadership at the national level should do more. Politics is about interest and what is the interest of our state and our people. What do I tell my people in Benue?

“If you dismiss us that you don’t need us, I believe that will be dangerous. I want the party to address the injustices so that as we move into an election, we will work together and we will have no crisis.”

Ortom also explained that the expanded caucus of the meeting is aimed at coming up with strategies to win the election and also touch on issues of the formation of the campaign council in the state.

The Governor who declared that PDP in Benue was united, said the party would rescue the country from the hands of the All Progressives Congress (APC) in 2023 and rebuild it.

He stated that he remained committed to PDP, and pledged to work hard to ensure the PDP comes out victorious during the 2023 elections.