EPL: Haaland reveals his biggest dream ahead of Wolves vs Man City clash 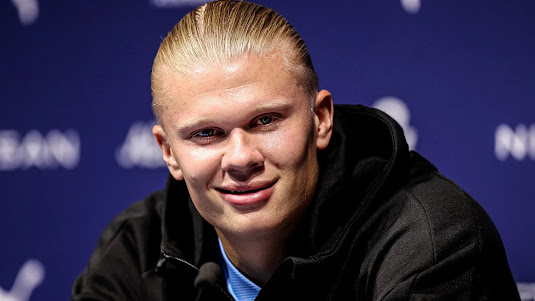 His winner against former club Borussia Dortmund was the sixth successive fixture he has found the back of the net for City.

The 21-year-old has hailed his overhead volley as one of the best of his career, but is eyeing more goals.

When asked if he surprises himself with his goalscoring exploits, Haaland said: “It’s a good question, but I really don’t think too much about it.

“Now I am just thinking about playing Wolves on Saturday, because that is how my brain has to be.

“For me, it was easy to stay focused, as I always do. People might say I don’t touch the ball enough and this and that, but I don’t care about this. I know what I am going to do and what I have to do.

“That’s exactly what I did in a difficult match and exactly what I will keep doing. My dream is to touch the ball five times and score five goals. That’s my biggest dream.

“It was a special match for me to play Dortmund. It was emotional and I have a lot of good friends with the coaches, staff and everyone I know.

“I had to be focused, be ready for the things that I have to do against my former team. At the end, it’s just a football game, but for me it was a bit more special.

“It was emotional, but it was a nice game. It was strange, but it was nice. I will always love everyone there and it’s an amazing club. I had a good time there.”