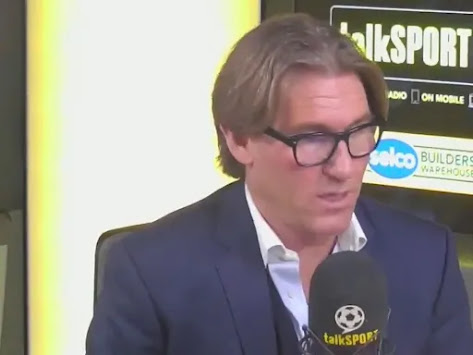 Former Crystal Palace Chairman, Simon Jordan has argued that signing Aubameyang is guaranteed to bring problems at Chelsea even if the 33-year-old does help boost the Blues’ firepower on the pitch.

Chelsea owner, Todd Boehly ensured that Aubameyang, who left Arsenal back in February, following a face-off with Mikel Arteta, returned to London with Chelsea while allowing left-back Marcos Alonso to join Barcelona.

The former club chief said the Gabon international will eventually have the same attitude that caused Arsenal boss Mikel Arteta to banish him from the senior team and terminate his contract back in February.

Jordan said there was no way Aubameyang, who he described as ‘lucky’, would have returned to London if not that Thomas Tuchel, his former boss at Borussia Dortmund, being in charge of Chelsea.

During an interview on talkSPORT, Jordan was asked whether it will be Chelsea or Aubameyang who get the best out of the deal that brought the Gabonese back to London, and he said “A bit of both I suspect.

“I mean he will play for Tuchel, and Tuchel will tolerate his nonsense.

“Because, for whatever reason, despite the prolific goalscoring that he brought to the table, he wasn’t somebody that people wanted to sign.

“I have little doubt that for a period of time, you stick that fella in your dressing room and in your team, he’ll get you goals as that’s what he does.

“And then inch by inch, yard by yard, the leopard will revert and not change his spots. And he will be someone that’s problematic to manage.

“He’s [Aubameyang] lucky. He’s lucky Tuchel’s in charge of Chelsea because I don’t think he’d get back into the Premier League in the top six clubs if it wasn’t for Tuchel being at Chelsea.”