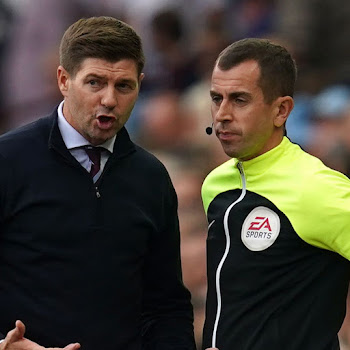 Aston Villa manager, Steven Gerrard has received an apology from referee, Simon Hooper after an error cost his side a win against Manchester City on Saturday, the UK Mirror reports.

Gerrard, who is yet to win this season, confronted the match official after the final whistle to express his anger.

City had taken the lead through Erling Haaland, before the hosts levelled through a fine finish from Leon Bailey.

Substitute Philippe Coutinho thought he had netted the winner, but he was flagged offside. However VAR showed afterwards that the Brazilian playmaker was not infringing.

But, because Hooper had blown his whistle to stop play, the incident could not be reviewed and Villa’s chance of recording a morale-boosting victory was scuppered.