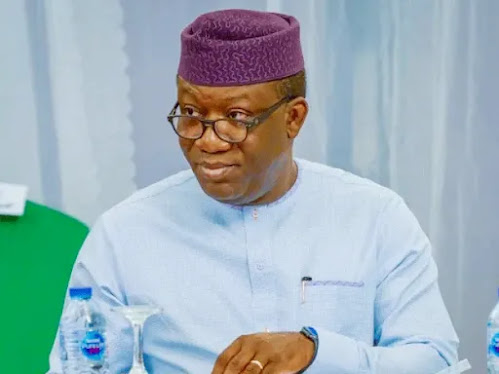 The Tutors-General are for the Ekiti North and Ekiti South Senatorial Districts where two officials just retired.

Until their respective appointments, Ogunkorode was the Principal of Ijanmodu Grammar School, Ijan-Ekiti while Adewumi was the Director of Planning, Research and Statistics Department (DPR&S)of TESCOM.

While congratulating the new appointees, the Chairman Teaching Service Commission, Mrs Fola Richie Adewusi enjoined them to brace up for the challenges ahead of them in this position of higher responsibility.

She charged them to continue to key into the educational development agenda and Values Orientation of the present administration.

She emphasized that their elevation was in line with the principle of merit-based appointment enshrined in the State Civil Service Transformation Strategy as well as previous performance and in recognition of seniority.

Finally, she expressed the appreciation of the Commission to the two Tutors-General who retired recently Mrs Rhoda Ojo and Mr Kehinde Isinkaye.

In her remarks, the new TG Mrs Adewumi lauded the State Governor for the opportunity to serve as Director DPR&S at TSC and for the elevation to TG Ekiti South senatorial district.

She noted that the appointment is a call to service, to work harder than ever before. She said “we can only receive what the Lord gives but we can’t downplay hard work and dedication to duty” as she was being meticulous about the mandate the Governor earlier gave, to sanitize the DPR & S.

She advised teachers to be role models, brace up in their discharge of duties conscientiously to justify the salary being received and be loyal to the government of the day.