Flood submerges over 400 houses in Plateau 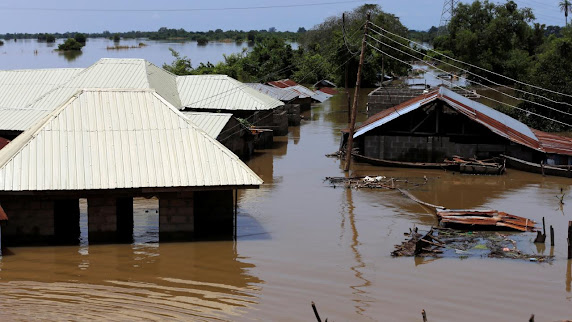 Following days of torrential rainfall, about 400 houses have been submerged by flood in some parts of Pilgani District of Langtang North Local Government Area of Plateau State.

According to a resident of Zamadede, Mr Nantip, “Everything we had in our house has been destroyed.

“As I speak, over 200 people are currently displaced following the unfortunate incident.”

Reacting to the incident, the Executive Chairman of Langtang North LGC, Barr. Rimven Zulfa, said, “We received reports of the flooding in the communities and would look into it and ensure that the necessary agencies are contacted so that succour would be provided to our people.”

While lamenting the unfortunate situation, Zulfa said, “We are still appealing to people living in flood-prone areas to please leave, as the danger of flooding is not yet over.”

He assured that his administration would continue to prioritise the “interest and welfare” of the citizenry of the council, whose mandate he holds in trust, in line with the vision of the APC led administration in the State.

“We would work out modalities to tackle flooding in our rural communities”, Zulfa assured.