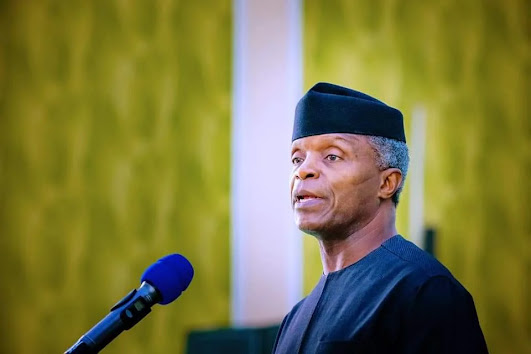 This was disclosed in the State House press release issued, yesterday, by the Senior Special Assistant to the President on Media and Publicity, Laolu Akande.

The statement indicated that the Vice President would be accompanied on the trip by the Minister of State for Foreign Affairs, Ambassador Zubairu Dada, and the Special Adviser to the President on Political Matters, Senator Babafemi Ojudu

It read: “Prof. Osinbajo departs Abuja tonight and will join other leaders across Africa and beyond for the swearing-in ceremony scheduled to hold in Nairobi with about 20 heads of state expected to grace the ceremony”.

According to the statement, one of the highlights of the event would be the handing over the instruments of power including a ceremonial sword and a copy of Kenya’s Constitution to the new president by outgoing President Uhuru Kenyatta.

The statement concluded saying Professor Osinbajo would return to Abuja after the event.