Man petitions IG of police over threat to his life 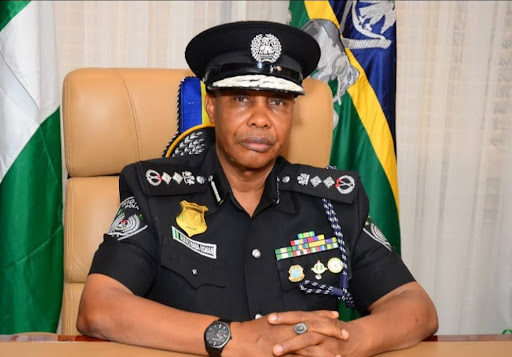 Ayokunle Edgal, a staff of a telecommunication company in Abuja, has raised alarm over threats to his life by unknown assailants.

He has alerted the police requesting investigation and protection.

Edgal, who narrated his predicament to journalists, gave an account of how he received threatening letters from criminals.

One of the letters made available to journalists reads, “Ayo this is just to let you know that we know where you live and work. You have toyed with a wounded lion and you shall be dealt with severely soon.

“Wherever you go in this country, Lagos or Ibadan, we will find you and kill you and your family. This promise I make will be bloody,”

Edgal also narrated a scary story of how he was chased by a group of suspected assailants when he was going back home from work a month after he got the threat letters.

He said, “I was on my way back home from work on the 17th of August 2022 at about 9.30pm. I took the Life Camp-Galadima route. I was just approaching the Turkish University junction when a Toyota Corolla vehicle pulled up beside me and almost pushed me off the road.

“Initially I was upset and thought it was a drunken driver but I soon realised the actions were deliberate because the car kept coming after me trying to force me off the road even though I slowed down and tried to give it the right of way.

He added, “Immediately I realised this, I veered off the road and faced the oncoming traffic to escape. I sped off to the nearest police checkpoint for safety and help.

“The police officers were really helpful and did a check of some of the vehicles to see if any matched the description of a dark Toyota Corolla but we didn’t see any vehicle matching the description. I was told to report the incident at the nearest police station and the police even escorted me home since the horrifying incident left me badly shaken.

Edgal further stated, “Prior to this incident, I had received some death threats and I really cannot tell if this incident is in any way related to the threats I had earlier received. As it is, this particular incident has really altered my state of mind and I am constantly living in a state of fear.

He disclosed a copy of the letter he addressed to the Divisional Police Officer (DPO), Life Camp Police Station, Abuja, on the 19th of August, 2022, where he lodged the complaint and also requested the police assistance to possibly unravel the reason behind the threat and also ensure the assailants do not succeed.